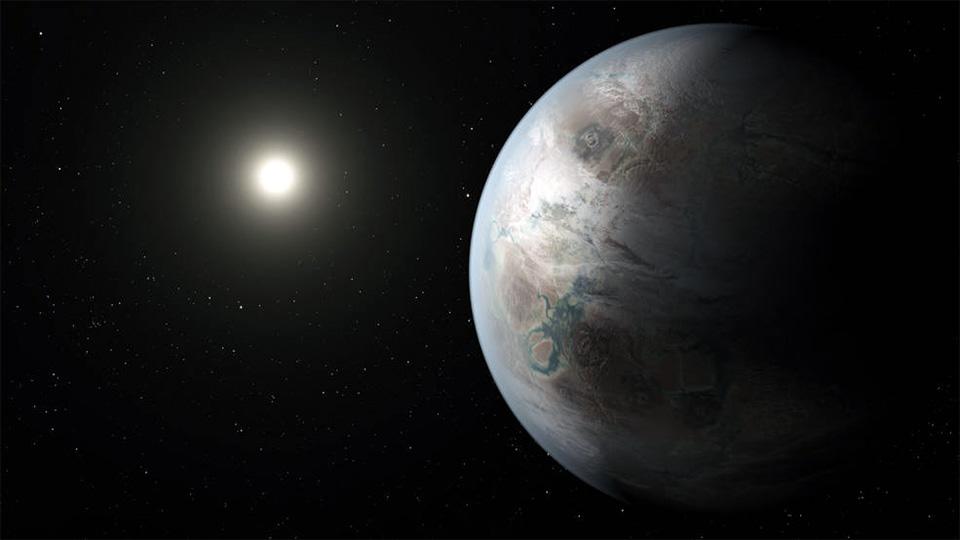 Talk about plucking a needle from a cosmic haystack. NASA just announced that its planet-hunting Kepler telescope has discovered Kepler 452b, an exoplanet that exists inside the habitable zone around a G-type star (that is, a star that's awfully similar to our own sun). The planet is about 60 percent more massive than Earth, and that's a pretty good sign -- researchers obviously aren't sure whether the Kepler 452b can support life, but the chances of it having a solid, rocky surface are "better than even."

Beyond hazarding guesses at whether or not Kepler 452b has a solid surface, NASA researchers on a estimated on a conference call today that the planet would have surface gravity twice that of Earth's and a thicker, cloudier atmosphere. With any luck, though, there's life of some sort lurking under that dense cloud cover. If we zoomed out just a little bit, we'd see that 452b orbits its star just a touch slower than our planet hurtles around the sun -- think 385 days, compared to our 365. To be clear, this isn't the first time Kepler has picked out exoplanets far enough from their stars to potentially harbor water. The thing is, previous planet discoveries were either too large to have rocky surfaces; they drifted into gas giant territory or orbited smaller, cooler stars. With Kepler 452b now under NASA's belt, the space organization can now crow about having discovered 4,675 possible planets, and here's hoping that number swells once we get some shiny new telescopes up-and-running.

In this article: earth, kepler, nasa, planet, planets, space
All products recommended by Engadget are selected by our editorial team, independent of our parent company. Some of our stories include affiliate links. If you buy something through one of these links, we may earn an affiliate commission.