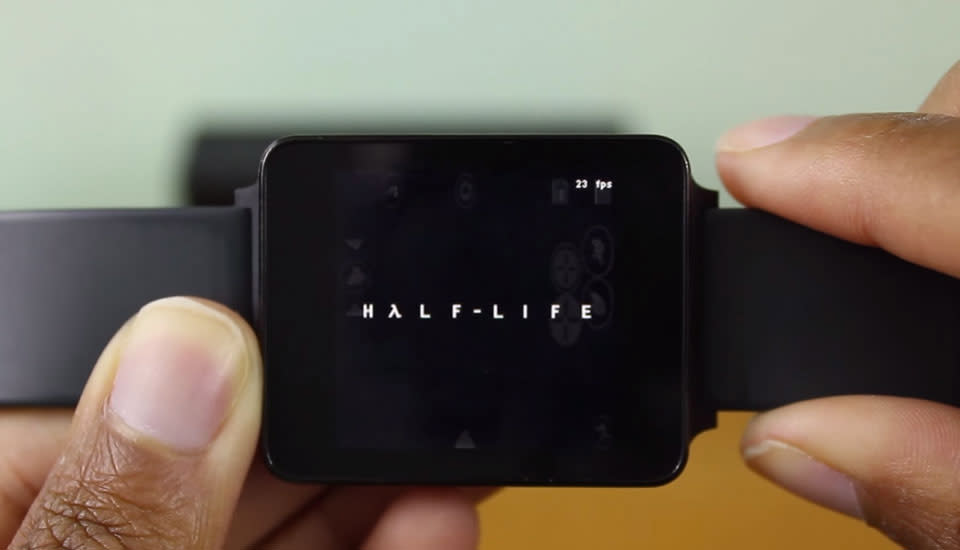 We were getting a little tired of playing Doom on every household appliance known to man, office printers and even inside the game itself. That's why it's a nice change to see that it's now possible to play Half-Life on your Android smartwatch, thanks to software modder extraordinaire Dave Bennett. He's been able to squeeze SDLash3D, an open-source emulator for some of Valve's early titles, onto the LG's first generation G Watch. Unfortunately, playing the title from your wrist is problematic, since the frame rate can dip down pretty low and the small screen doesn't leave you a lot of room to use the soft controls. Still, anything's better than having to bum around Knee-Deep in the Dead for the millionth time when we're bored on a bus.

In this article: Android, AndroidWear, Doom, Emulation, HalfLife, ItsNotHalfLife3ThoIsIt, SDLash3D, Valve, video
All products recommended by Engadget are selected by our editorial team, independent of our parent company. Some of our stories include affiliate links. If you buy something through one of these links, we may earn an affiliate commission.