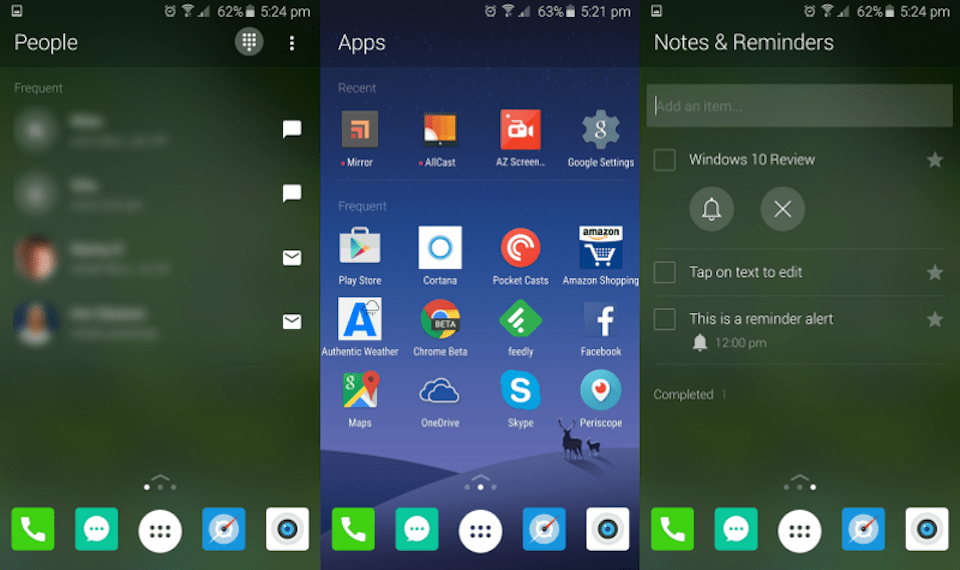 Microsoft hasn't been shy to create miscellaneous software for Android. In the past, the company's released a smart lock screen and even made a keyboard designed to be used with Excel. Now Microsoft is working on its own Android launcher, currently dubbed Arrow Launcher Beta. As the name reveals, this is an early version of the product, and you can only get access to it by signing up for an invite to the testing program. So how does it work? The Arrow Launcher is sleek and straightforward, offering a quick view of three main pages: People, Apps and Notes & Reminders. Those pages, according to Microsoft News, can't be removed or have others added to them -- likely to keep things concise. You can give it a try by downloading the APK, but you'll need to request a proper invite to receive updates after the install.