Fifth Avenue Apple cube being revamped, here it is 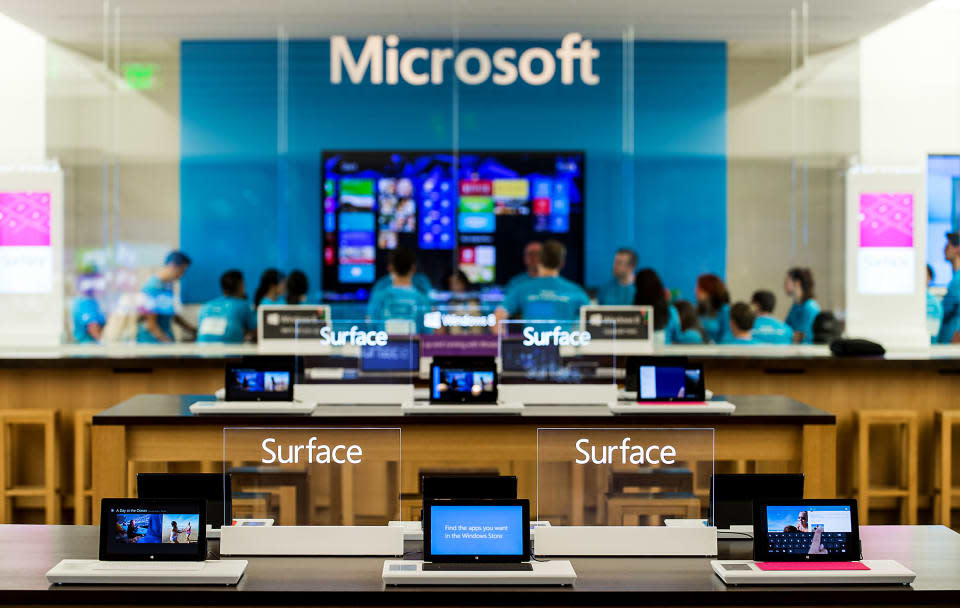 Microsoft is apparently readying its new flagship retail outlet to open this Fall on New York's Fifth Avenue. Microsoft Extended Experts Team member Gokan Ozcifci tweeted the image below, which appears to show the storefront at 677 5th Ave with signage reading "Microsoft Store Coming Fall 2015". Microsoft has been pushing its brick and mortar retail business for about five years now. The company has more than 100 outlets in the US, Puerto Rico and Canada and numerous Microsoft-branded store-within-a-store sections at Best Buy and Staples. This will be its first flagship location, just blocks from one of Apple's four Manhattan storefronts.

Correction: This post has been updated to reflect the correct number and variety of Microsoft store.

In this article: FifthAvenue, flagship, microsoft, Newyork, store
All products recommended by Engadget are selected by our editorial team, independent of our parent company. Some of our stories include affiliate links. If you buy something through one of these links, we may earn an affiliate commission.