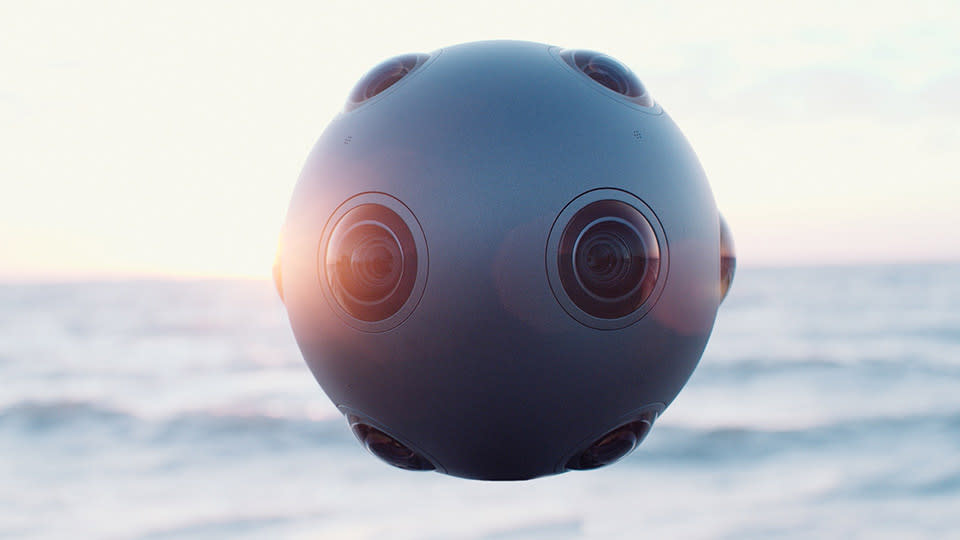 Nokia has just revealed a new camera for filmmakers called OZO that can capture virtual reality videos. But unlike similar devices from GoPro and Samsung unveiled in the past months, it's not a flattened circle with cameras but a spherical ball-like device with shutters all over it. It has eight shutter sensors in all to capture 360-degree videos and eight integrated microphones. What users might find advantageous is its capability to show them what it's shooting in real time through a VR headset. It can also churn out a low-resolution version of the footage it shot within just a few minutes if filmmakers want to see it again or to show it to someone else. Videos captured through similar cameras usually have to be stitched together during processing before you can see them, and that takes a lot of time. Of course, directors can always publish high-res versions later on for VR viewing devices, including HUDs like the Oculus Rift. One studio, Jaunt Inc., has already pledged to use and support the OZO despite having a more traditional VR camera of its own. Nokia hasn't revealed the device's full specs and pricing yet, but it's slated to be shipped out by the fourth quarter of 2015.

In this article: camera, nokia, virtualreality, VRcamera
All products recommended by Engadget are selected by our editorial team, independent of our parent company. Some of our stories include affiliate links. If you buy something through one of these links, we may earn an affiliate commission.