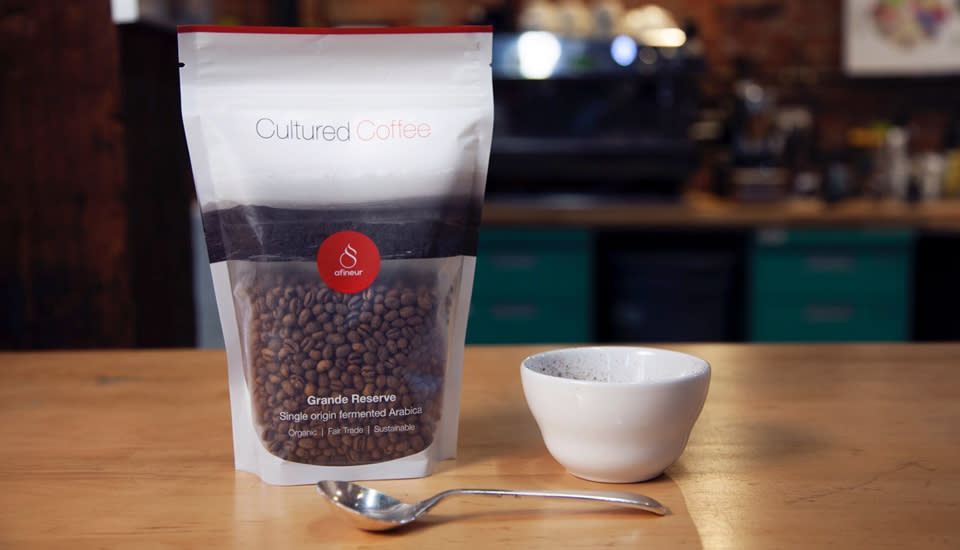 Back in October, we told you about Afineur's goal of replicating the process of civet coffee without all the pooping. To create a flavor profile similar to the pricey Kopi Luwak beans, and bypass the bowel movements, the company uses fermentation to create coffees with low bitterness and astringency so that fruit and other flavors shine. Well, now's your chance to try it as Afineur's first batch is up for grabs via a Kickstarter campaign. The so-called cultured coffee not only leverages science to create its flavors, but it makes the brew easier on your stomach while leaving those cute little animals out of the equation. The coffee is made in Brooklyn (where the company is based) with the help of Pulley Collective's roasting facility. In terms of origin, the beans are currently sourced from Guatemala, but the folks behind Afineur are "open to new collaborations."

Looking to give it a shot? You'll need to pledge $29 to the crowdfunding effort to nab a 5-ounce taster bag of the beans, and you can do just that via the source link below. Should you be after more, $45 secures a 10-ounce bag. While the prices may seem steep, they're still cheaper than the Kopi Luwak beans. And more animal-friendly, too.

In this article: afineur, civet, civetcoffee, coffee, crowdfunding, fermentation, kickstarter, kopiluwak
All products recommended by Engadget are selected by our editorial team, independent of our parent company. Some of our stories include affiliate links. If you buy something through one of these links, we may earn an affiliate commission.