Samsung adds some power to its latest Android flip phone 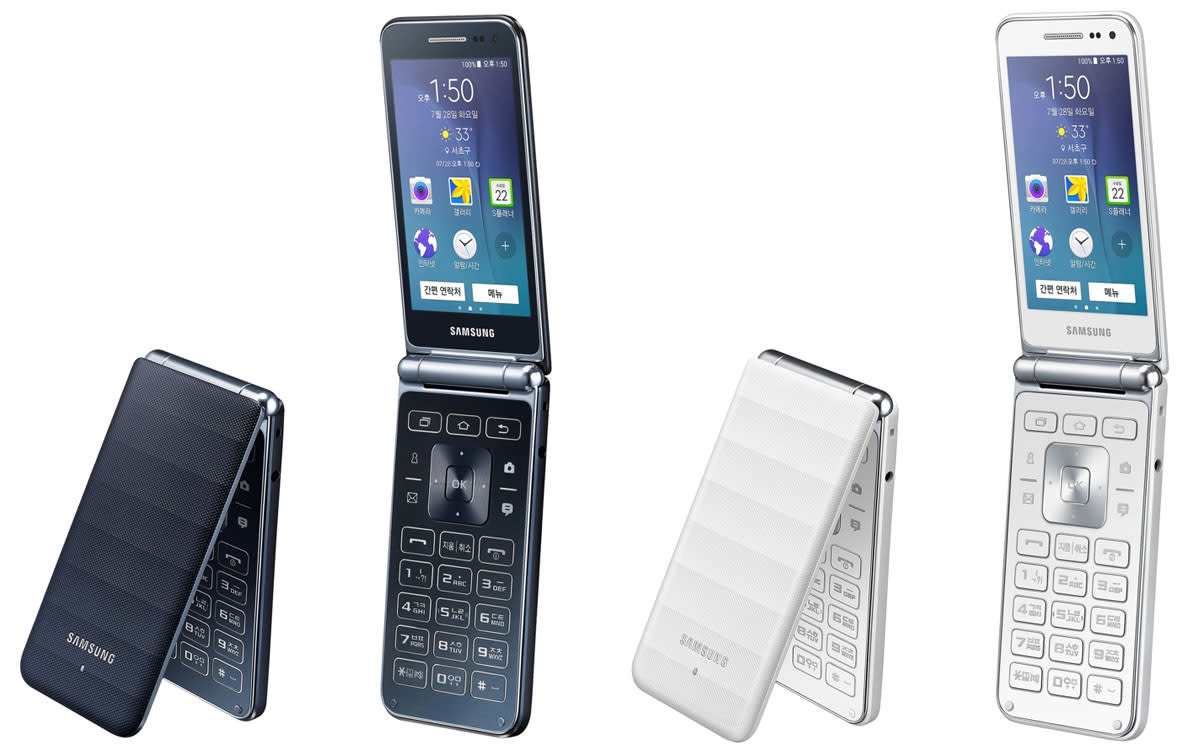 With the tactile buttons, nostalgic looks and snappy foldability, flip phones have a certain je ne sais quoi. But nobody wants to use a feature phone like a caveman, so Samsung has just revealed its latest model, the Galaxy Folder. It's arriving right after rival LG's Gentle flip phone, but is quite a step up. Along with 4G LTE and Android 5.1, it's got a higher-res 3.8-inch, 480 x 800 screen, twice the RAM (2GB), a sharper 8-megapixel camera and a much bigger battery. Imagine! That'll let you do most of what you normally, then fold your phone away like Lindsey Graham. No, really imagine, because it's available in Korea for $250, but ain't likely to come here.

In this article: 8-megapixel, Flip Phone, Galaxy Folder, mobilepostcross, samsung
All products recommended by Engadget are selected by our editorial team, independent of our parent company. Some of our stories include affiliate links. If you buy something through one of these links, we may earn an affiliate commission.