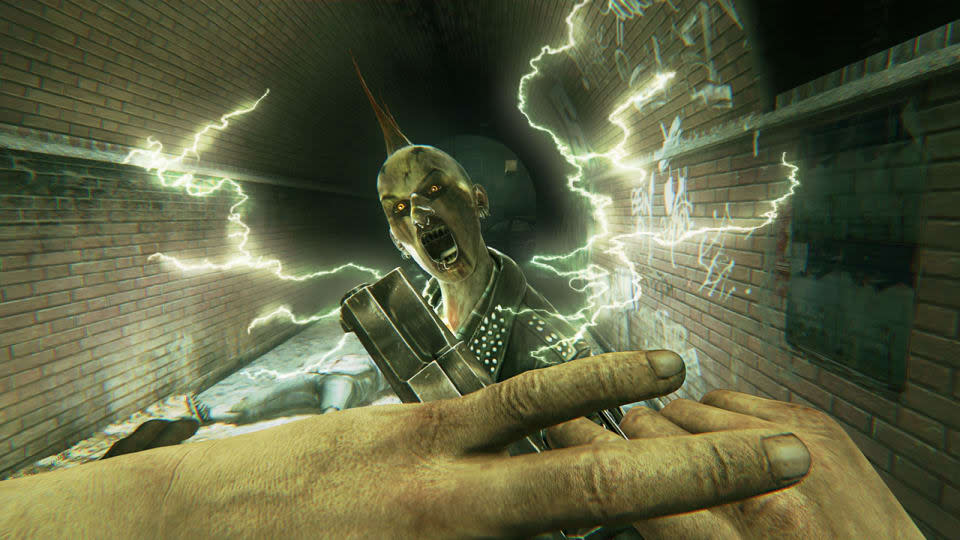 Ubisoft's undead-infested, survival-horror game ZombiU was exclusive to Wii U when it launched in 2012, and back then we called it a "wonderfully frightening experience" thick with tension, death and a brilliantly unforgiving atmosphere. Now, the game is dropping the "U" and heading to PlayStation 4, Xbox One and PC as Zombi on August 18th, complete with a few upgrades and changes. Since Zombi can't take advantage of the Wii U's second screen -- which displayed the mini-map, radar and gear -- these aspects have been moved to the main screen. "We maintain a minimal HUD as much as possible," Zombi producer Hélène Henry says. "It disappears when not required, giving the game a very lonely feeling." Plus, Zombi features a slightly expanded field of view and two new melee weapons, a shovel and a bat with nails sticking out of it. The shovel has a longer range than the original cricket bat, plus the ability to smack multiple zombies in one swing. The nail-embedded bat can also hit more than one zombie at a time, and it offers more damage and a better chance of scoring a critical hit. The flashlight gets an upgrade, too, with a new option to turn on a high-powered beam -- of course this increases the chance that the undead will spot you and come running, and it drains the battery more quickly. The flashlight needs 30 seconds to recharge in Zombi. That's 30 long seconds of terrifying, creeping darkness.

ZombiU players had to look down at the Wii U's second screen to search through their in-game backpacks, risking a surprise attack on the main screen. In Zombi, the backpack pops up on the main screen but the game still doesn't pause, leaving players vulnerable to an ambush. ZombiU's two-player mode, where one person uses the Wii U Gamepad to drop zombies in the path of a second player on the main screen, is cut entirely from Zombi.

"We decided to focus on the solo mode, as we believe this is where the ZombiU experience really lay," Henry says.

In this article: hdpostcross, pc, ps4, Ubisoft, WiiU, XboxOne, zombi, zombies, zombiu
All products recommended by Engadget are selected by our editorial team, independent of our parent company. Some of our stories include affiliate links. If you buy something through one of these links, we may earn an affiliate commission.