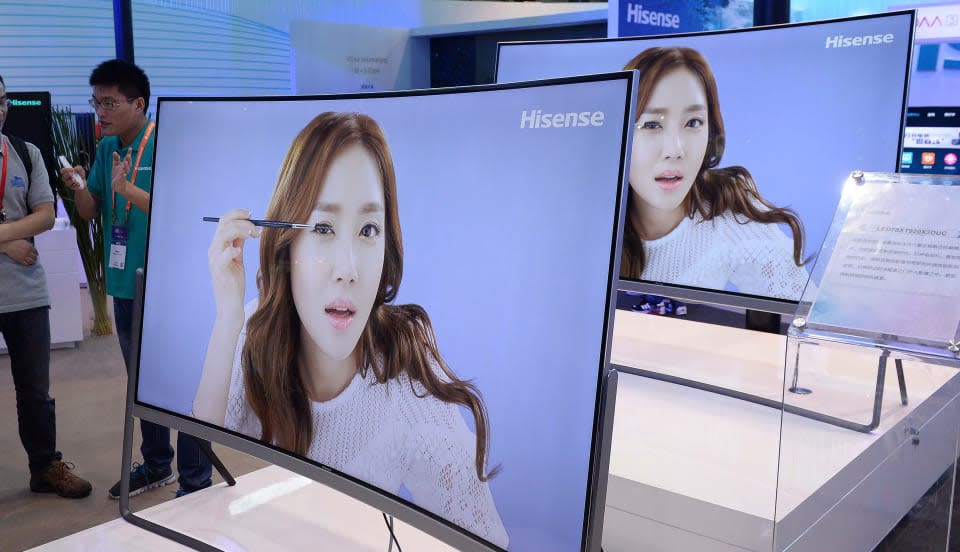 Sharp's financial problems have forced it to leave the LCD TV business in North America. Chinese TV maker Hisense has paid a mere $23.7 million for the company's Mexican factory and the right to use the Sharp brand in North and South America. Sharp lost 34 billion yen ($274 million) last quarter and $13.4 billion over the last four years, according to Bloomberg. Though the Japanese company recently received a $1.8 billion bailout, president Kozo Takahashi said "we have to consider all options, including a spinoff of the LCD business. The LCD market is changing very rapidly."

Hisense is an up-and-coming player in the HDTV business that is known for its inexpensive 4K models, along with other China-based companies like TCL and Xiaomi. It doesn't enjoy much brand recognition over here, however, which is where Sharp comes in. "The acquisition (of Sharp's brand) will help Hisense gain an upper hand in both North and South America," according to the company. That said, Sharp's Aquos TV lineup has struggled in the US against not only established rivals like Samsung and LG, but also newcomers like California-based Vizio. Sharp does have its fans, though, so it'll be interesting to see what a value brand like Hisense does with it.

In this article: Hisense, LED TVs, North America, Sharp, US
All products recommended by Engadget are selected by our editorial team, independent of our parent company. Some of our stories include affiliate links. If you buy something through one of these links, we may earn an affiliate commission.