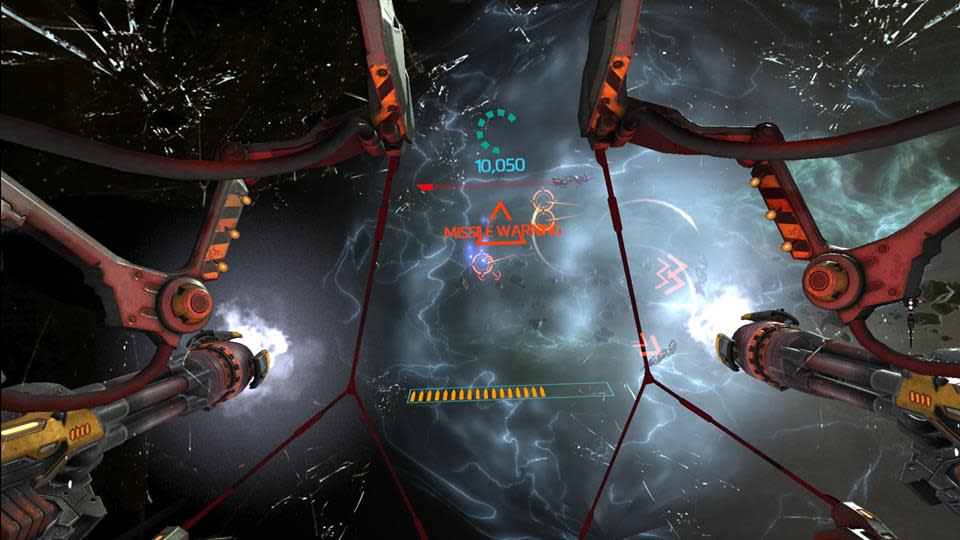 You're sitting in the pilot seat of a cutting-edge spacecraft outfitted with two heavy-duty turrets. The inky universe expands around you and begins to populate with enemy ships: You pull the triggers and shoot them down, gathering new ammunition for more coordinated, deadly attacks and powering up your craft. This is Gunjack, a new virtual reality game from Eve Online and Eve Valkyrie developer CCP, created specifically for the Samsung Gear VR. It's an arcade shooter (think more Star Wars Battle Pod than Space Invaders) set in the Eve universe, and it's due out in the fall.

In this article: eve, EveOnline, evevalkyrie, gearvr, hdpostcross, samsung, samsunggearvr, video, VirtualReality, vr
All products recommended by Engadget are selected by our editorial team, independent of our parent company. Some of our stories include affiliate links. If you buy something through one of these links, we may earn an affiliate commission.