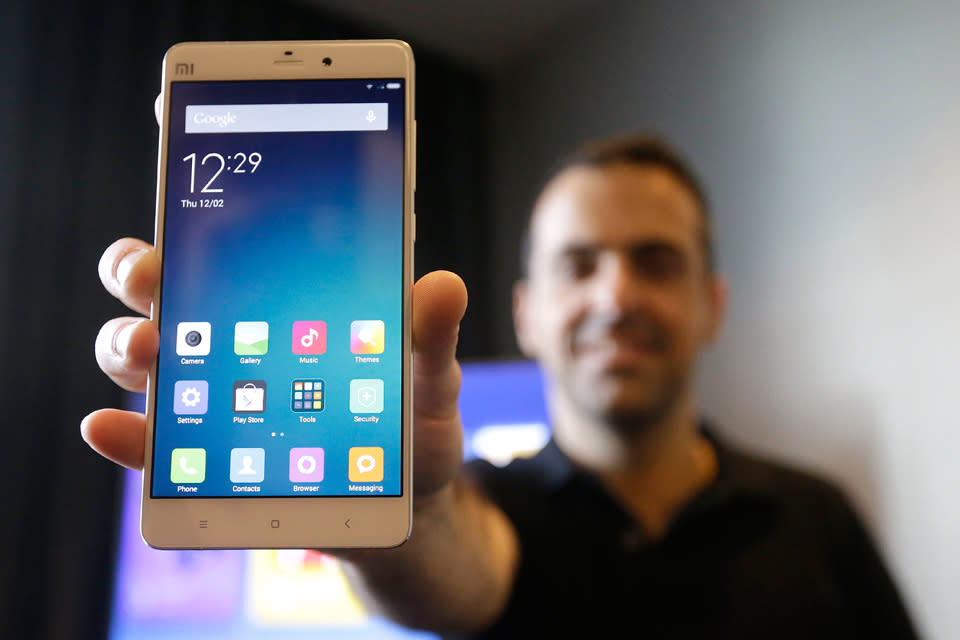 It looks like Apple's time at the top of China's smartphone heap was short-lived. Researchers at Canalys estimate that local brand Xiaomi has once again become the country's smartphone market share leader, snagging 15.9 percent of shipments during the second quarter of the year. In fact, Apple is down to third place -- one of Xiaomi's fastest-growing rivals, Huawei, claimed the runner-up spot with 15.7 percent. Samsung and Vivo rounded out the top five.

It's not certain what tipped the balance for Xiaomi, although big phones like the Mi Note (shown above) likely helped. That leadership might not survive for much longer, however. As IDC warned earlier, the days of a rapidly expanding Chinese phone market appear to be over. Vendors are mostly trying to poach customers from each other, rather than enticing first-timers who are finally well-off enough to buy a smartphone. In a volatile climate like that, it might only take one hit phone (or a spectacular flop) to shake things up.

In this article: android, apple, china, huawei, iphone, marketshare, mobilepostcross, q22015, samsung, smartphone, vivo, xiaomi
All products recommended by Engadget are selected by our editorial team, independent of our parent company. Some of our stories include affiliate links. If you buy something through one of these links, we may earn an affiliate commission.