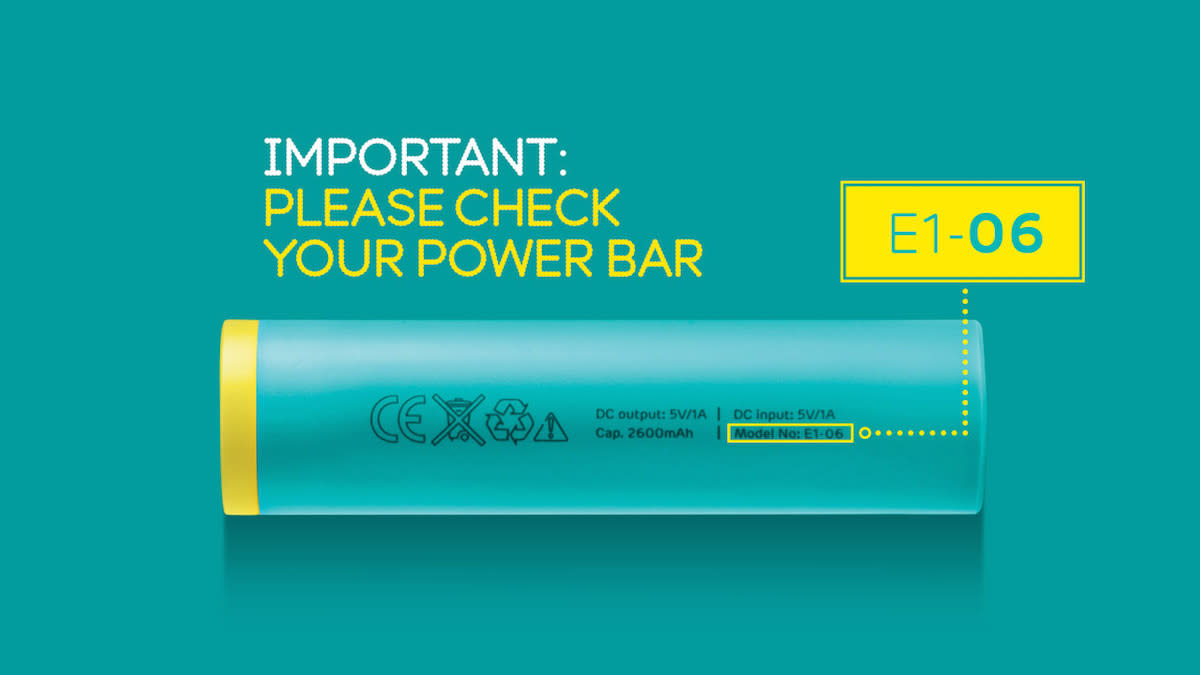 EE's free Power Bar portable chargers have been incredibly popular with customers, but recently a medical student was left with nasty burns after one exploded while charging. And it can't be coincidence that EE has just issued a recall request for all Power Bars sporting the model number E1-06. EE says it's "identified a very small number of incidents where Power Bars have overheated," isolated to this specific batch number, which Mobile News believes accounts for half a million units -- EE's subsequently told us less than half that number are actually in customers' hands, with the rest accounted for in its stores. The carrier warns these Power Bars "could pose a fire safety risk," advises that customers stop using them immediately, and asks they turn them in at their nearest EE store. Returned units will be replaced once EE has figured out what's going on with the bad batch. The network operator believes Power Bars with different model numbers are perfectly safe, but it's still putting a temporary stop to the swap-in-shop program while it recalls and restocks.

Ty @EE for the powerbar which exploded, almost burned down our house+left my hand like this: #Firework pic.twitter.com/MRzdsbj52P

In this article: ee, eepowerbar, mobilepostcross, PortableCharger, powerbar, uk-feature
All products recommended by Engadget are selected by our editorial team, independent of our parent company. Some of our stories include affiliate links. If you buy something through one of these links, we may earn an affiliate commission.