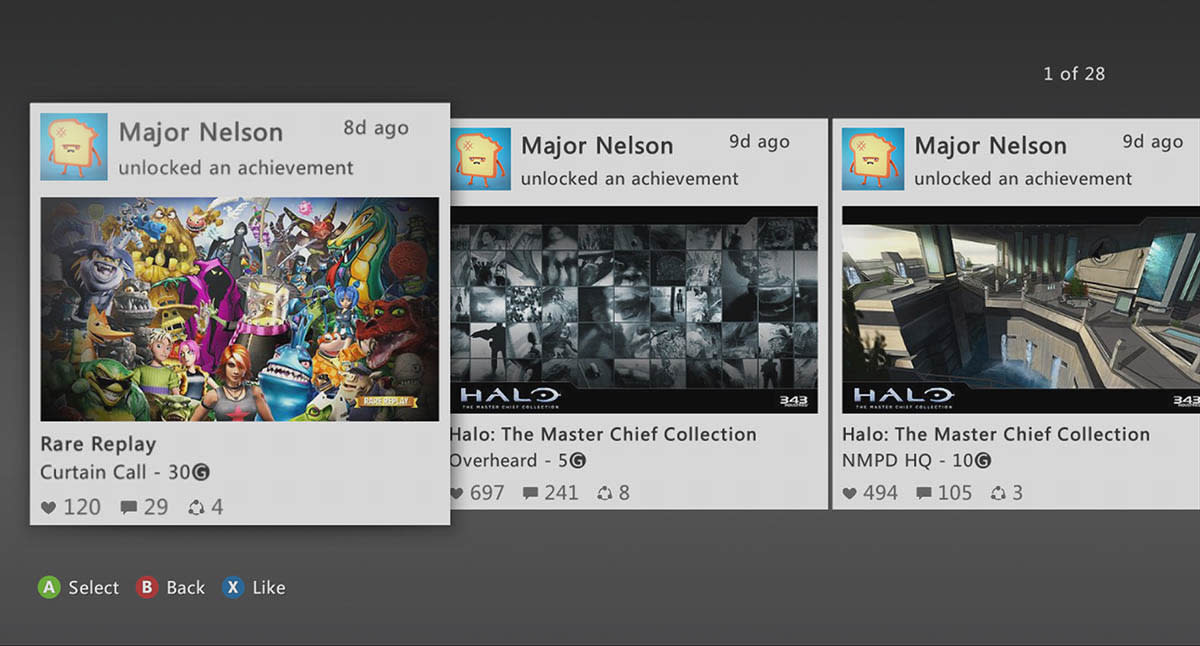 With Windows 10, Microsoft is all about the Xbox integration. Xbox 360 preview users can now see gaming activity from Windows 10, Xbox One and of course, their Xbox 360. The feeds show achievements, broadcasts, screenshots, text posts and GameDVR clips from you or people you follow. You can then share or comment on directly from the console, or create a new post. The Xbox One has had that feature since February, but as one Major Nelson commenter put it, at least Microsoft isn't forgetting its old warhorse completely. The feature has only rolled out to Xbox 360 preview program participants, but everyone else will likely see it with the next regular update.

In this article: Activity Feeds, Major Nelson, microsoft, Preview, Xbox, Xbox 360
All products recommended by Engadget are selected by our editorial team, independent of our parent company. Some of our stories include affiliate links. If you buy something through one of these links, we may earn an affiliate commission.