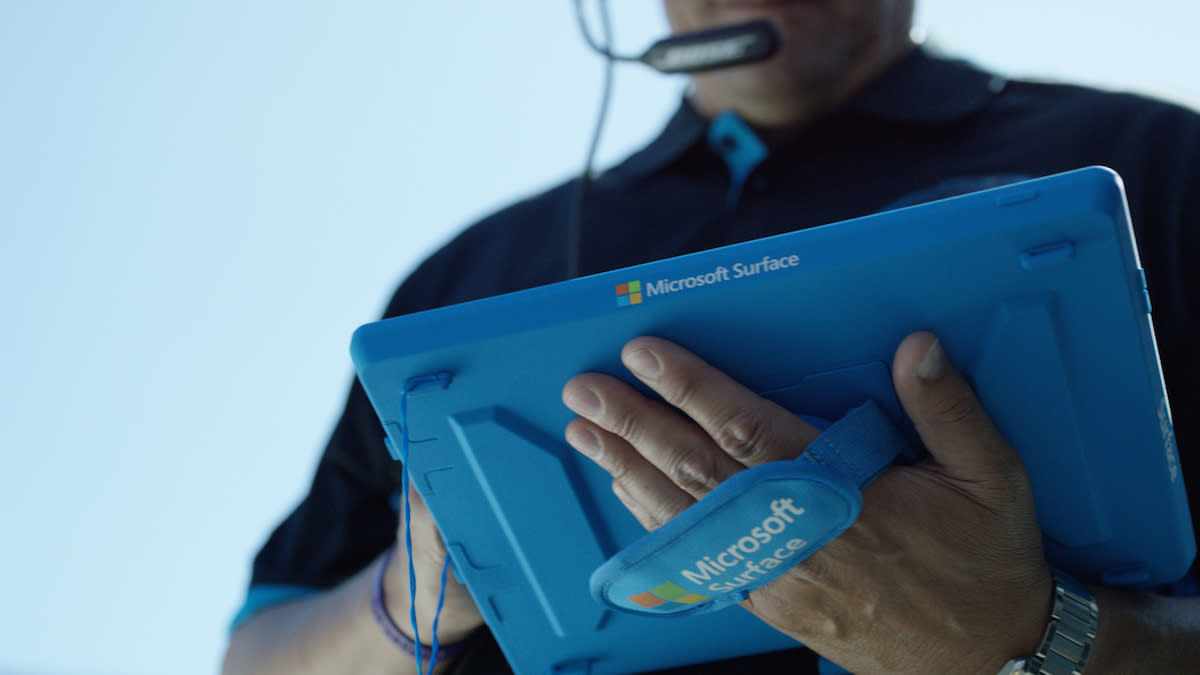 With NFL teams set to kick off their pre-season next week, Microsoft today announced that the Surface Pro 2 won't be used during games anymore. Instead, the upcoming 2015-2016 season will see its Sideline Viewing System, which lets players and coaches review game photos instantly, be powered by Surface Pro 3s for the first time. But that's not the only change being made. Microsoft and the NFL are also going to start testing video as part of the Sideline Viewing System, including replays of questionable calls that referees can watch via the custom-made device. Even though this is only going to be a test run (over 20 pre-season games), it will be a significant move if it ends up being implemented in the regular season. Microsoft's laptop/tablet hybrid has already replaced the traditional paper method for most teams, and it could do the same with monitors on the field -- the current way of watching replays by officials.

For consumers, Microsoft's revealed a new app for Xbox One and, of course, Windows 10. Aside from getting a redesign to match the looks of the freshly released OS, the application will allow fans to get more detailed player stats. This includes velocity, speed and total distance ran, whereas previously that was limited to catches, touchdowns, yards covered and more standard categories. Then there's Game Day Notifications, designed to help fantasy league users who just want to get specific alerts while games are happening -- like big play alerts, scores, highlights and other updates from the players they own. Most importantly, you can now set two favorite teams as well, which is a good thing for every fantasy football buff with a Windows 10 computer or an Xbox One.

In this article: Football, hands-on, hdpostcross, Microsoft, MicrosoftSurfacePro3, NFL, Sideline Viewing System, Sports, Surface Pro 3, SurfacePro3, Windows10
All products recommended by Engadget are selected by our editorial team, independent of our parent company. Some of our stories include affiliate links. If you buy something through one of these links, we may earn an affiliate commission.