Uber starts getting serious in the UK 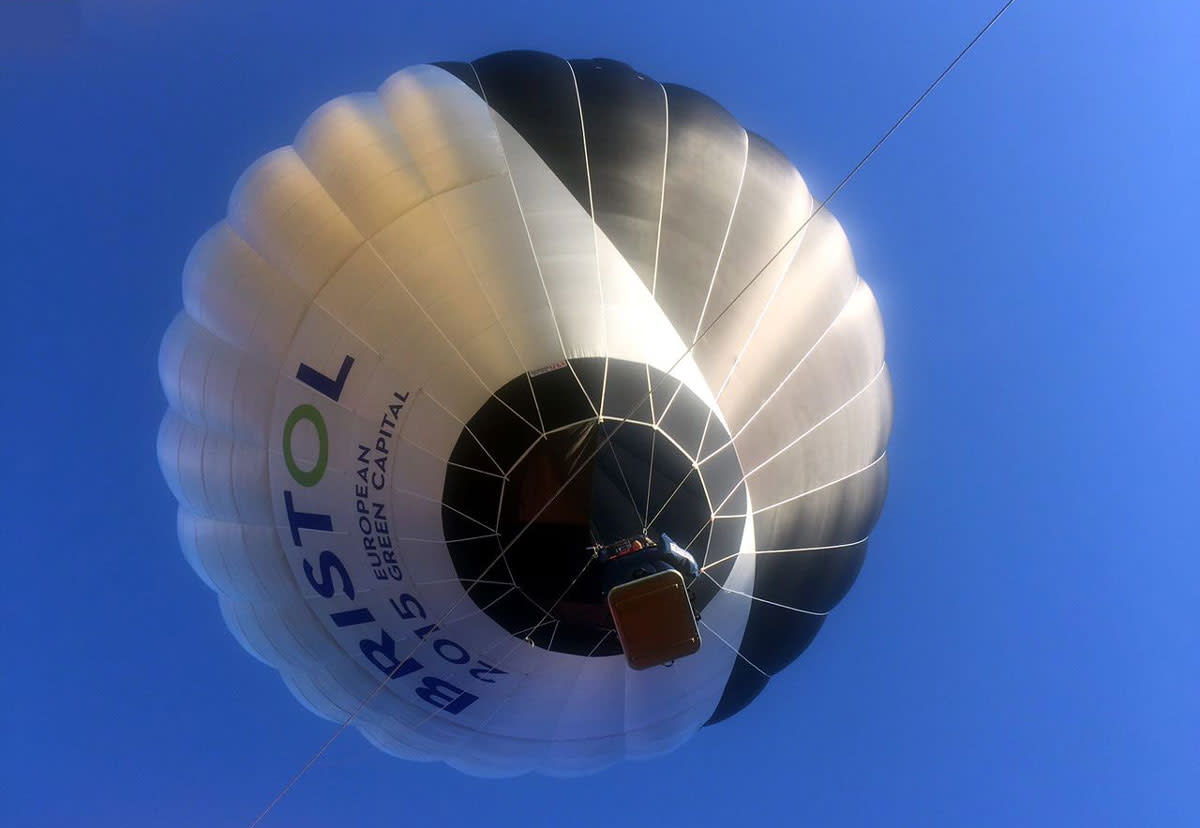 The UK's International Balloon Fiesta in Bristol is a celebration of all things hot air ballooning, but this year it's taken a big stride into the future. August 6th saw the maiden public flight of the world's first hybrid hot air balloon, which flies by heating regular air from the sun alone. (Google's Project Loon balloons are also solar-heated, but filled with helium.) Built by Cameron Balloons in the UK, the Bristol 2015 Solar Balloon sounds simple enough. The air inside the balloon is heated by the sun instead of a propane burner, causing it to rise -- much like solar heated balloons for kids. But the company's sales director, Nick Purvis, told Engadget that it took a lot of trial and error to make it work.

"We were constrained by the UK Civil Aviation Authority (CAA) as to what materials we could use," he said. Since the demonstration was done in front of 100,000 people and around numerous other balloons, safety was paramount. The company tried several designs, including one with a clear window on the front for greenhouse heating, but it proved too heavy and fragile. It settled on a design with two materials on each hemisphere. The black side facing the sun would collect heat, while the shady side used a metalized, double-layer material to trap it inside. The fabrics were thinner than usual, as the craft needed to be extra light. It creates less lift than usual, because the sun only heats the inside air to about 40 degrees Celcius (104 F) -- half the temperature of a standard hot air balloon. The team also added vents to the fabric that acted as jets, allowing the pilot to turn the balloon into the sun for lift. It took 200 man-hours to and ten people to build it, including an adviser, designer and chief engineer. The final product was fully certified for regular flight by the UK CAA.

Luckily, the flying part worked out perfectly. The balloon has a standard propane heater for safety purposes, and they used it to inflate the craft prior to flight. From there, the sun heated it to the point of buoyancy, and the crew then held it down until it had sufficient lift. It soared a distance of around 3km, with "only several quick puffs (from the burner) to climb out of range of other balloons," Purvis said. When it came time to land, pilot Pete Dalby maneuvered the metallic side toward the sun to gradually reduce lift.

Purvis added that that they were lucky the weather was ideal for demonstration flight, with heavy sun and light winds. He noted that the idea was to get people excited about the potential for solar heated balloons, rather than do anything complicated. We imagine they were suitably impressed, since the basic concept for hot air balloons hasn't changed since the 1700s.

In this article: Bristol, Cameron Balloons, Hot Air Balloon, hybrid balloon, International Balloon Fiesta, Solar-powered
All products recommended by Engadget are selected by our editorial team, independent of our parent company. Some of our stories include affiliate links. If you buy something through one of these links, we may earn an affiliate commission.