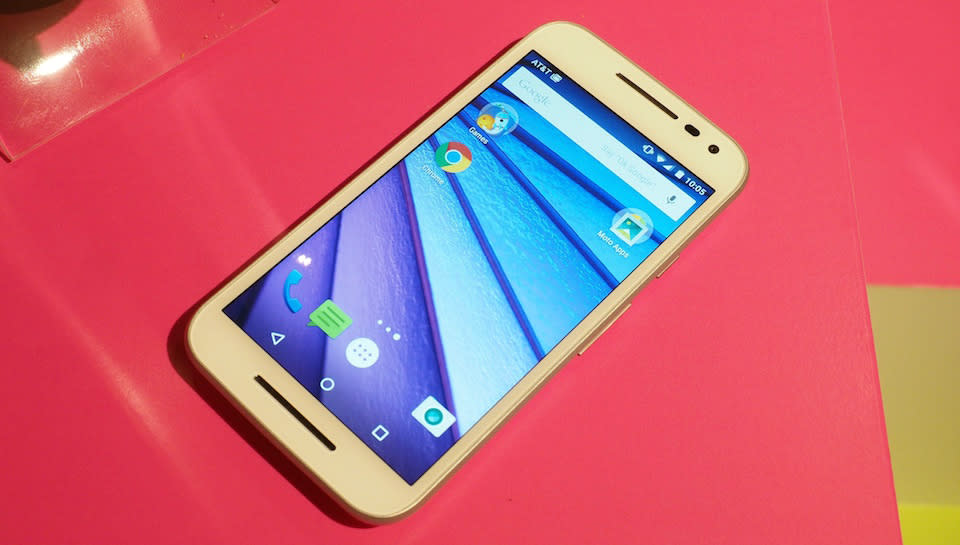 Chalk up one more big Android phone maker racing to patch its devices against that nasty Stagefright video security flaw. Motorola has explained that it will not only fix the vulnerability in phones from 2013 onward (such as the original Moto X and the Droid line), but make sure that its latest hardware is secure almost from the word go. Both the Moto X Style and Moto X Play will be secure on launch, while the recently-shipped third-generation Moto G is getting its update "soon."

The company doesn't say whether or not it's hopping on the monthly security patch bandwagon. However, it does add that it's working with Google and carriers to "simplify the process" of getting that code into your hands going forward. Between this and expected fixes for phones from Google, HTC, LG, Blackphone creator SGP and Sony, you probably won't have to worry if you're carrying a recent or reasonably well-known device. The real question is whether or not other brands and older (or lower-end) hardware will get the same kind of attention -- you don't want to remain at risk simply because you bought the 'wrong' model.

In this article: android, droidmaxx, droidmini, droidturbo, droidultra, lenovo, mms, mobilepostcross, motog, motox, motoxplay, motoxstyle, patch, security, stagefright, update
All products recommended by Engadget are selected by our editorial team, independent of our parent company. Some of our stories include affiliate links. If you buy something through one of these links, we may earn an affiliate commission.