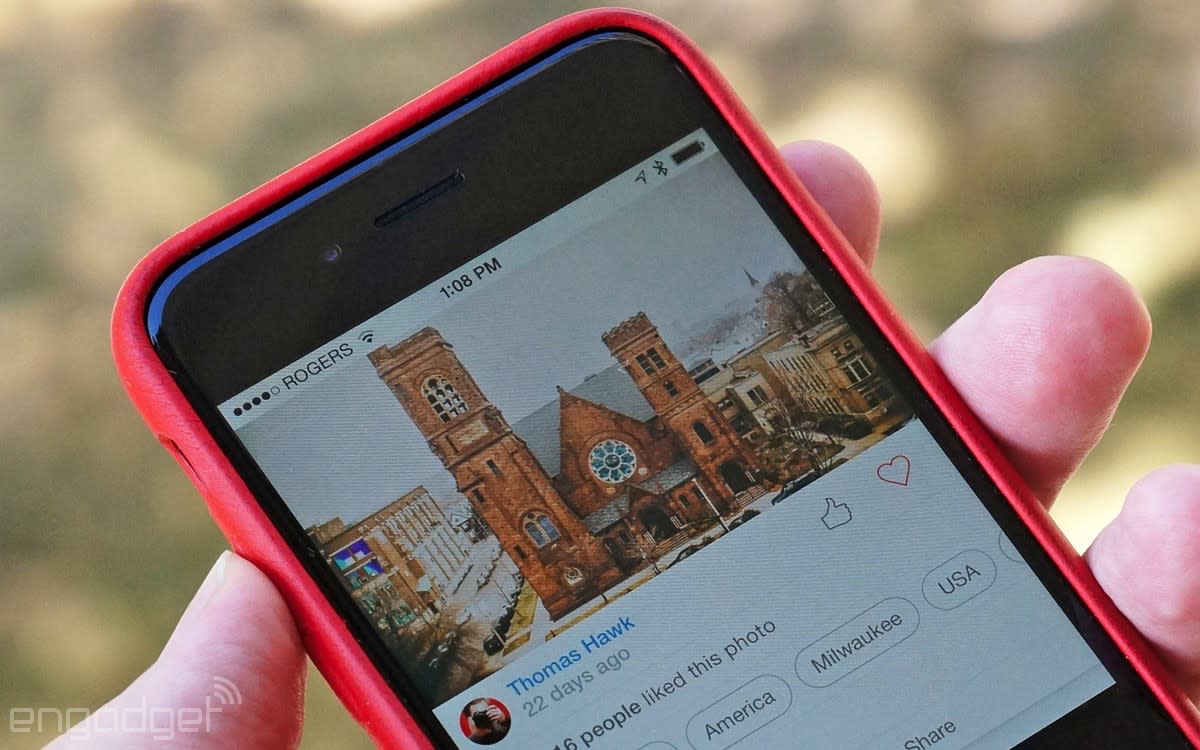 500px built its service around serious photographers uploading DSLR shots on their PCs, but it knows that mobile users matter, too -- and it's not going to sit idly by while Flickr and Instagram steal the spotlight. The company has launched a brand new iOS app that gives the entire experience a much-needed overhaul. For one thing, there's a new home feed that makes it far easier to keep up with what your fellow shutterbugs are doing. It's really a souped-up version of the timelines you see in other photo apps, but that's not a bad thing if you're used to photo-driven social networks. There's also a Discover tab that, like Flickr's Explore, helps you stumble across interesting pictures you might not have found on your own. An interface rework greatly simplifies basics like uploading photos or finding other users, and there's a slate of Adobe editing tools to tweak your shots.

The iOS software is available now, and its Android equivalent is "coming soon." Don't count on a version for your Lumia or Chromebook, though. 500px dropped support for its Windows Phone, Windows 8 and Chrome OS apps back in April, so you may have little choice but to use the website and give up many of the conveniences of a native app.

In this article: 500px, app, internet, ios, ipad, iphone, mobilepostcross, photography, smartphone
All products recommended by Engadget are selected by our editorial team, independent of our parent company. Some of our stories include affiliate links. If you buy something through one of these links, we may earn an affiliate commission.