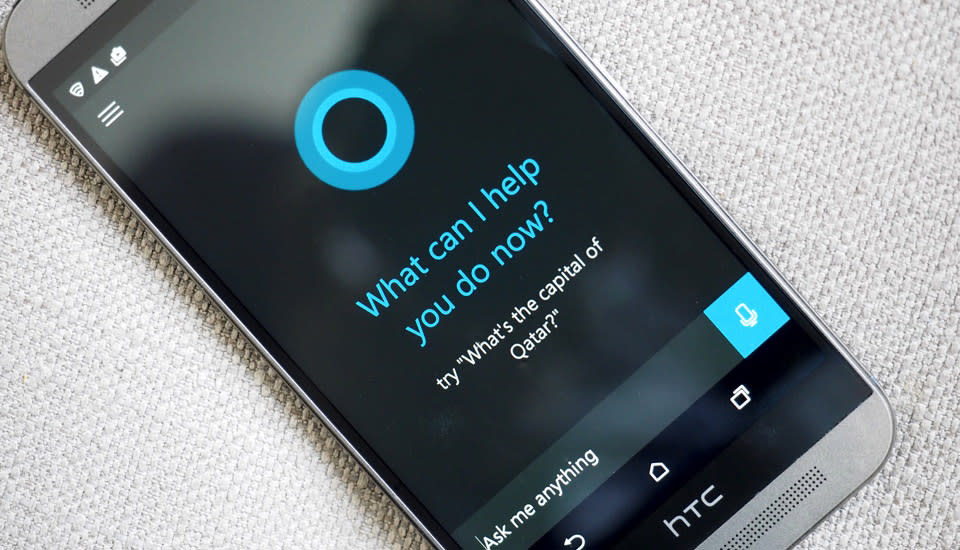 Microsoft recently unveiled plans to launch its Cortana digital voice assistant on arch-rival Google's Android OS, but until now, you could only use it as a standalone app. However, the latest beta (1.0.0.204) lets you activate Cortana instead of Google Now by pressing and holding your Android home button. That's a new way for Android users to test the app's friendly ways and be tempted away from the businesslike Google Now. Since Cortana relies on Bing, it's also a sneaky way for Microsoft to do an end-run around Google search.

It won't displace Google Now completely, however. For instance, you'll never be able to shout "Hey, Cortana" instead of "OK Google" due to always-on listening limitations for third-party Android apps. In addition, the feature is only available on beta to Microsoft Insiders, so you won't find it on Google Play. Neverthless, it's another step in Microsoft's plan to get Cortana on more platforms and do to Google what Google's done to it for years.

In this article: Android, Cortana for Android, Cortona, digital assistant, google, Google Now, microsoft, voice search
All products recommended by Engadget are selected by our editorial team, independent of our parent company. Some of our stories include affiliate links. If you buy something through one of these links, we may earn an affiliate commission.