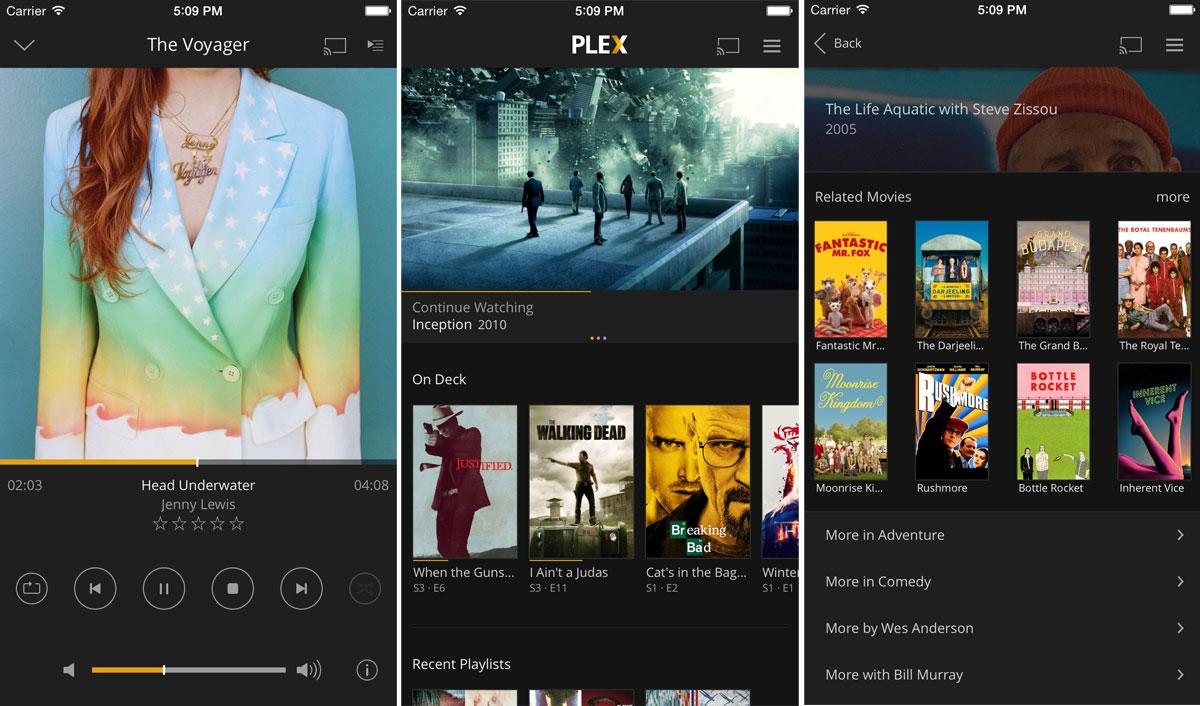 Plex has overhauled its iOS app, which it's also calling the poster child "for new feature support", that includes Plex Home, music features like multi-disc support and mixes and music videos and secure connections. Because it's all new, you'll need iOS 8.1 or higher, but you've got that right? The app's free to download today, and will even double up as a remote for Plex on the big screen. You can also share content from your camera roll straight to any Plex player. To get full-fat functionality, you'll have to send some dollars through an in=app payment, but that's where most of the new stuff comes in.

Plex hasn't upgraded its iOS app for a while, so some of it's catch-up: there's a richer browsing interface, populating the app with similar movies, or ones made by the same director, actor .etc. Rotten Tomatoes' database of movie rating are now attached to titles, with embedded reviews set to follow soon. Video chapters will not only assign the appropriate bookmark locations from your existing media files, but it'll also cross-reference and pull chapter dividers in from ChapterDb's own archives — doing the work for you.

Plex is also promising a fairly substantial upgrade to its Sync feature. Version 2 is apparently much faster, especially on incrementally syncing media. It'll also partially sync your library, offering full access to what it has delivered — even if that's not everything. Reliability on the sometimes patchy feature has also been improved, so hopefully no more buffering in the middle of whatever series you're currently bingeing on.

In this article: hdpostcross, ios, mediaplayer, mediaserver, plex, plexsync
All products recommended by Engadget are selected by our editorial team, independent of our parent company. Some of our stories include affiliate links. If you buy something through one of these links, we may earn an affiliate commission.