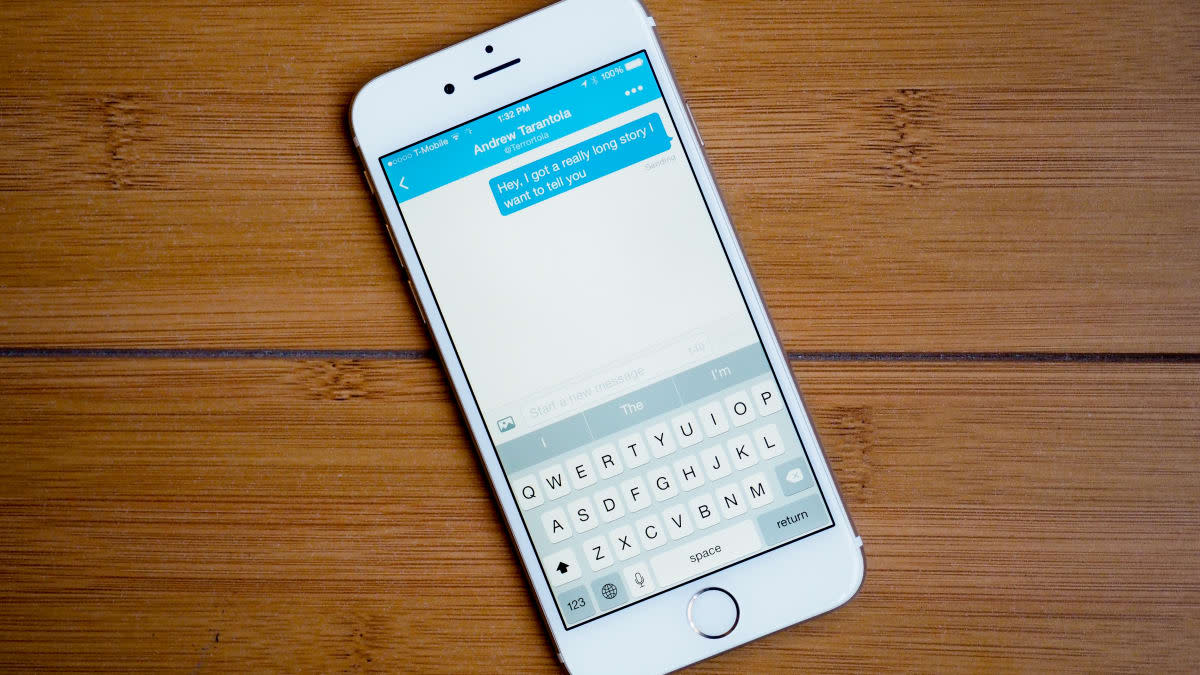 Twitter's push to make DMs a full on messaging service continues. Beginning today, the 140 character limit for Direct Messages has been lifted in the iOS, Android, Mac apps, Tweetdeck and on Twitter.com. The new limit of 10,000 characters pretty much gives you license to write as much as you want in a message. The company has been expanding Direct Message features to compete with Facebook Messenger, WhatsApp and Google Hangouts for some time. In January it introduced group chat support to DMs. Twitter had originally planned on removing the 140 character limit in July. But, I guess later is better than never.

In this article: DirectMessages, DMs, SocialNetworking, Twitter
All products recommended by Engadget are selected by our editorial team, independent of our parent company. Some of our stories include affiliate links. If you buy something through one of these links, we may earn an affiliate commission.