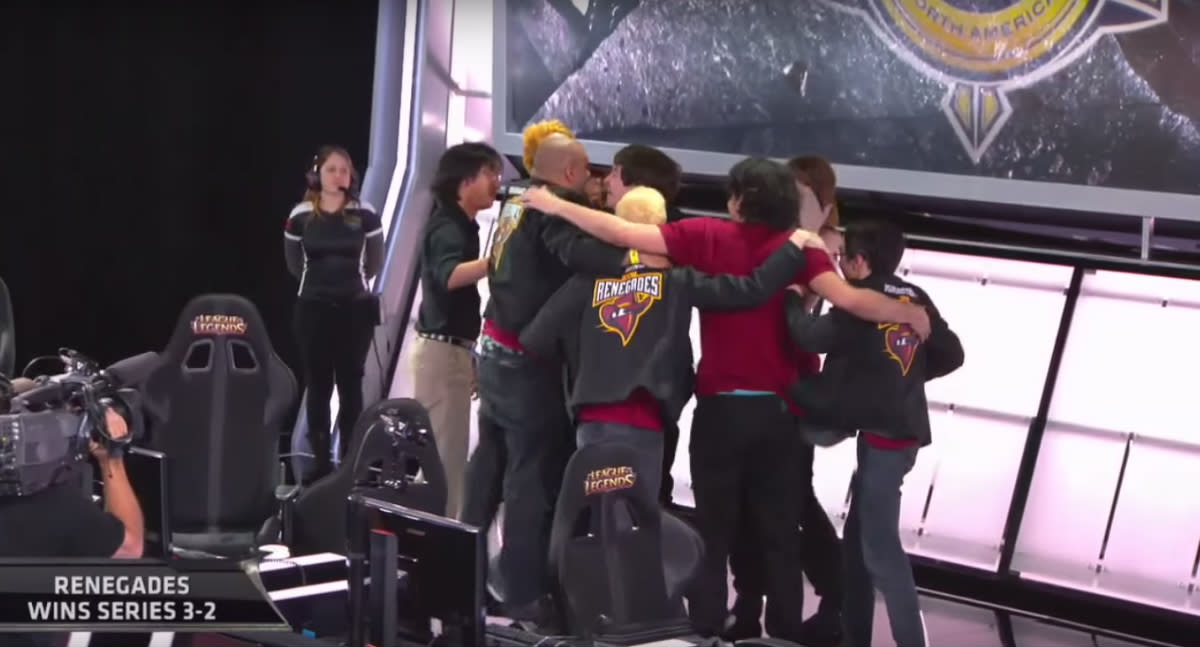 "I just want it to be known that I accomplished my goal for real, and I accomplished it for me, my teammates, and girls in eSports. That's it. No one else. Don't fucking put me on some LGBT agenda or some bullshit."

After Renegades' win on the Challenger Series stage -- a tie-breaker match that ended in a convincing full-team push to destroy the rival team's base -- all five players jumped to their feet, threw down their headsets and hugged, clearly ecstatic. Remilia usually shies away from the limelight and she even asked Riot, the company behind League of Legends, to not show her on-camera during the match. But, after that win, she says she felt "really comfortable," so she stuck around in front of the crowd and the rolling cameras.

Now, Remilia is considering her options within League of Legends and elsewhere. She's dealt with the harassment that seems to come standard for women playing video games, though it's often exacerbated because of the public nature of the Challenger Series. Among the support she receives, people also levy cruel and gender-based insults at her in forums and on social media, and she's had to deal with invasive questions about her personal life. Still, she had a goal -- prove that women can compete professionally in League of Legends.

"The competition doesn't mean much to me," she writes. "I don't care to be the best in the world. I love playing with a team and accomplishing stuff and being recognized for it. When I set out initially, I wanted to be the first girl in LCS. That was what motivated me. That dream I had I accomplished and yet it is being challenged in such a heartless way."

Remilia says she'll definitely stick around for "one more project" in League of Legends, but after that it's unclear if she'll try something new. Responding to comments on her Reddit thread, Remilia says she'll discuss with her teammates and Riot whether it will be "financially viable" for her to remain in the LCS.

"I will weigh playing in the LCS along with my other options but some things are just looking so much better," she says.

In this article: esports, hdpostcross, LCS, LeagueOfLegends, ProGaming, Remilia, Renegades, riot, RiotGames, women
All products recommended by Engadget are selected by our editorial team, independent of our parent company. Some of our stories include affiliate links. If you buy something through one of these links, we may earn an affiliate commission.