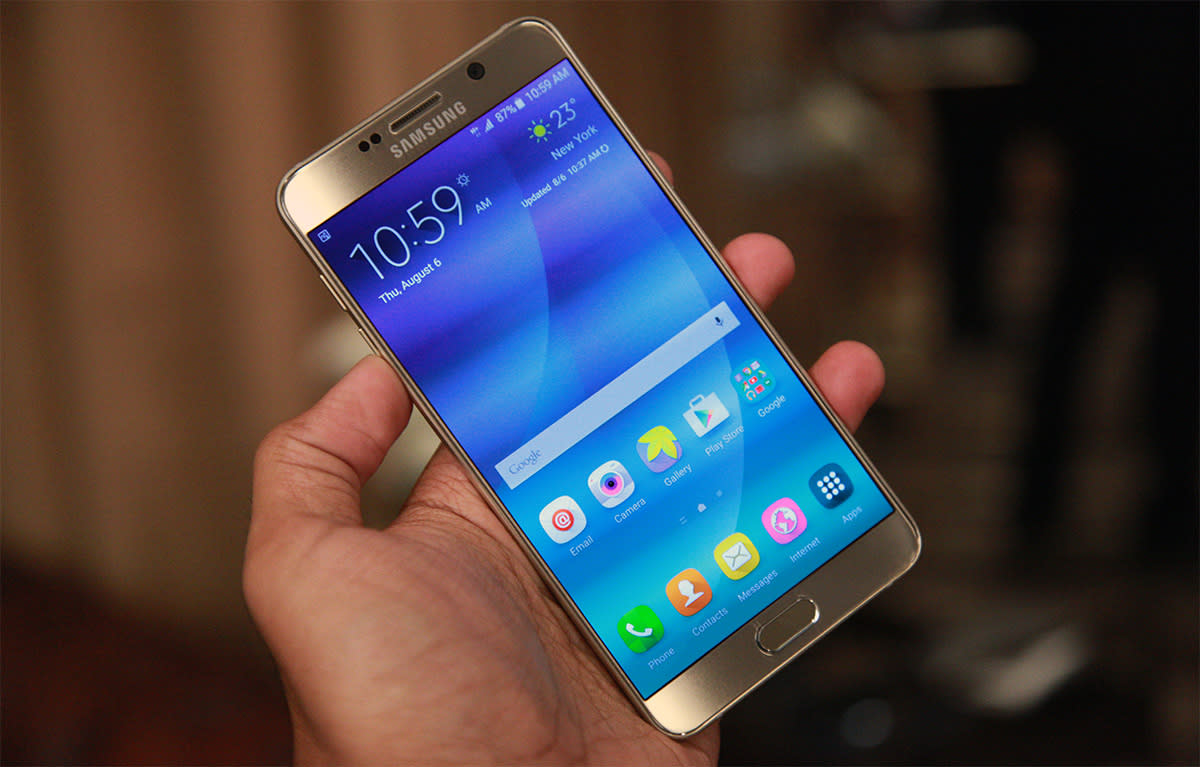 At Samsung's big Unpacked event today, the company unveiled two new flagship phones: the Galaxy S6 Edge+ and Galaxy Note 5. But, as we've learned, only one of them is headed to the UK. The S6 Edge+ -- a super-sized version of Samsung's curved-screen beauty -- will be up for preorder on August 18th, before its official launch on September 4th. No pricing information is available just yet, but one way or another, all the major carriers have effectively confirmed they'll be ranging it, so no great surprises there. What is pretty surprising, though, is Samsung's decision not to release the new Note 5 over here. In fact, S Pen diehards across Europe will be saddened to hear the Note 5 is only slated to launch in the US and Asia -- at least for now, anyway. Samsung told us that it hasn't ruled out a European release entirely, but it certainly isn't happening this year. As to the reason? Samsung hasn't volunteered one yet, but we'll let you know if/when we manage to track one down.

Update: We've received a statement from Samsung, but it doesn't say a great deal. The takeaway: it's just business.

"With the launch of the original Galaxy Note series in 2011, we created a whole new smart device category that set a new industry standard, which all others have followed. For our European customers, Samsung's portfolio will be centred on the Galaxy S6 edge+, so as to better cater to their needs."

In this article: galaxynote5, galaxys6edgeplus, mobilepostcross, samsung, samsungunpacked2015, unpacked2015
All products recommended by Engadget are selected by our editorial team, independent of our parent company. Some of our stories include affiliate links. If you buy something through one of these links, we may earn an affiliate commission.