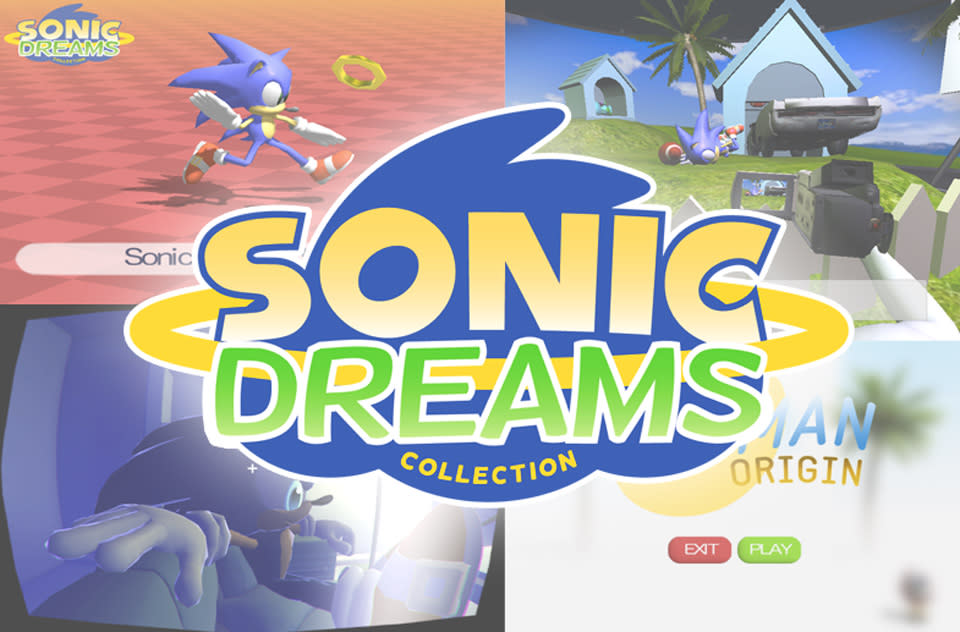 It'd be an understatement to say that the Sonic the Hedgehog game franchise hasn't held up well over time. Sonic was once nearly as big as Mario, but a long string of bad titles (with exceptions) ruined his rep -- you're more likely to spot him in dodgy fan fiction and internet memes than a popular game. And the homebrew developers from Arcane Kids know it. They've built the Sonic Dreams Collection, a batch of tiny tribute games for Macs and Windows PCs that acknowledge the Sega mascot's fall from grace. It masquerades as a leaked set of Dreamcast protoypes, but it's really a nod to the weird places Sonic fandom has gone in the 21st century. There's a "Sonic Movie Maker" where the hedgehog calls you his dad, and "My Roommate Sonic..." well, let's just say it turns romance stories on their head.

You'll probably finish playing the whole collection in minutes. However, it's uncanny at recreating both the vibe of crude fan art and Sega's turn-of-the-century zeitgeist, that sense that the Dreamcast would usher in a brave new era for the blue hedgehog and his friends. In that light, it's worth giving Sonic Dreams a spin just to see the contrast between the 1999-era optimism and the grimmer, stranger reality circa 2015.

In this article: arcanekids, dreamcast, fanfiction, gaming, mac, nostalgia, sega, software, sonic, sonicdreams, sonicdreamscollection, sonicthehedgehog, videogames, windows
All products recommended by Engadget are selected by our editorial team, independent of our parent company. Some of our stories include affiliate links. If you buy something through one of these links, we may earn an affiliate commission.