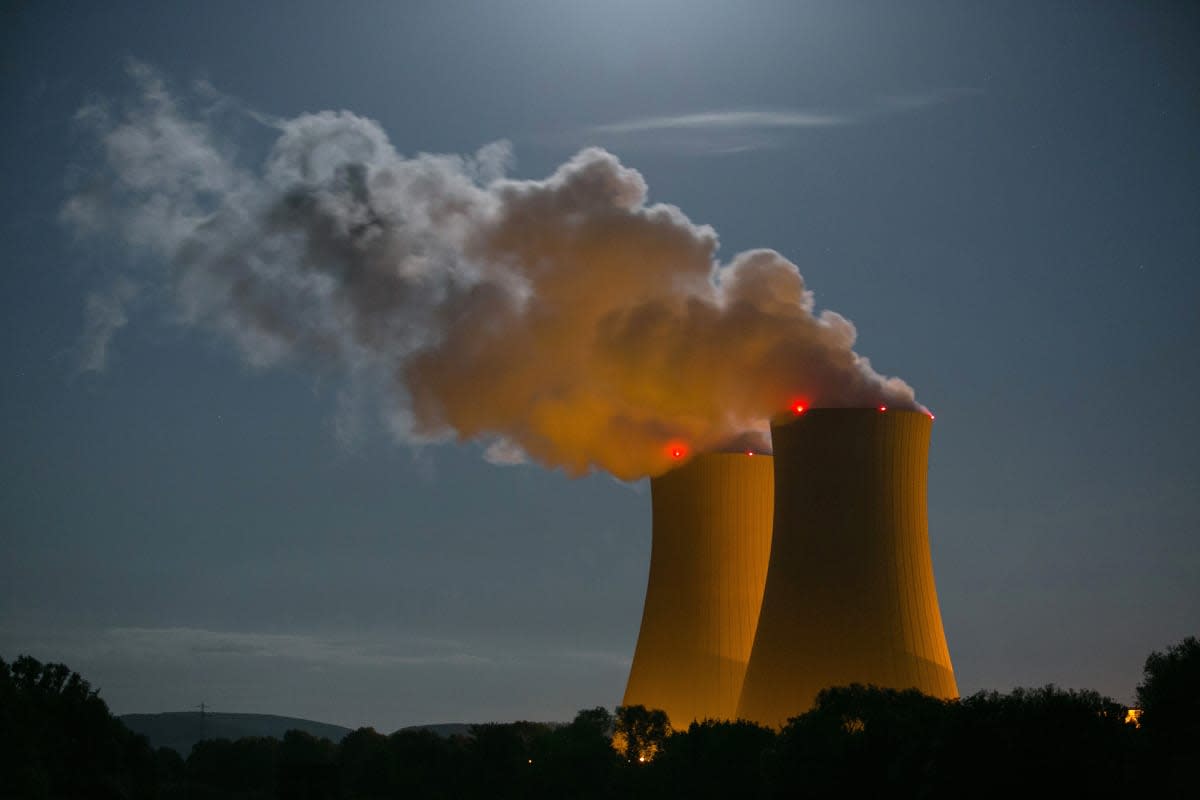 Normally when workers at the Edwin Irby Hatch Power Plant in Georgia want to inspect welds on the water-filled containment tank that houses the plant's nuclear fuel, they have stick pole-mounted inspection cameras in there while potentially exposing themselves to radiation. But now that the plant has acquired a swimming inspection-bot developed by GE and Hitachi, plant workers can check the vessel's integrity at any time while avoiding all that radiation.

The Stinger, as it's called, operates much like other unmanned submersibles. It uses multi-directional thrusters to move about and a high-resolution color video camera to see where it's going. What's more, the tungsten-clad UAS is capable of remaining submerged for up to three weeks at a time. This not only give power plants added flexibility in when to perform these inspections but also gives engineers a look at how materials within the vessel are holding up in the corrosive environment over time.

"The technician uses Stinger's cameras to look for signs of degradation," Brandon Smith, GE Hitachi Nuclear Energy mechanical engineer, said in a statement. "It's really good at getting into constricted spaces and around tight corners to look for any sign that a component might fail—to catch something before it becomes a problem." The Stinger is even equipped with a high-pressure water nozzle that blasts crud off the welds in order to get the best possible view. "There's just no other way to do it and Stinger is built specifically to operate in that type of environment," Smith continued. The Stinger is currently being deployed at nuclear sites around the country and has reportedly been well-received as it allows operators to minimize both the plant's downtime and exposure risk to its employees.

In this article: drone, GE, GeneralElectric, nuclear, power, powerplant, remotecontrolled, Stinger, UAs
All products recommended by Engadget are selected by our editorial team, independent of our parent company. Some of our stories include affiliate links. If you buy something through one of these links, we may earn an affiliate commission.