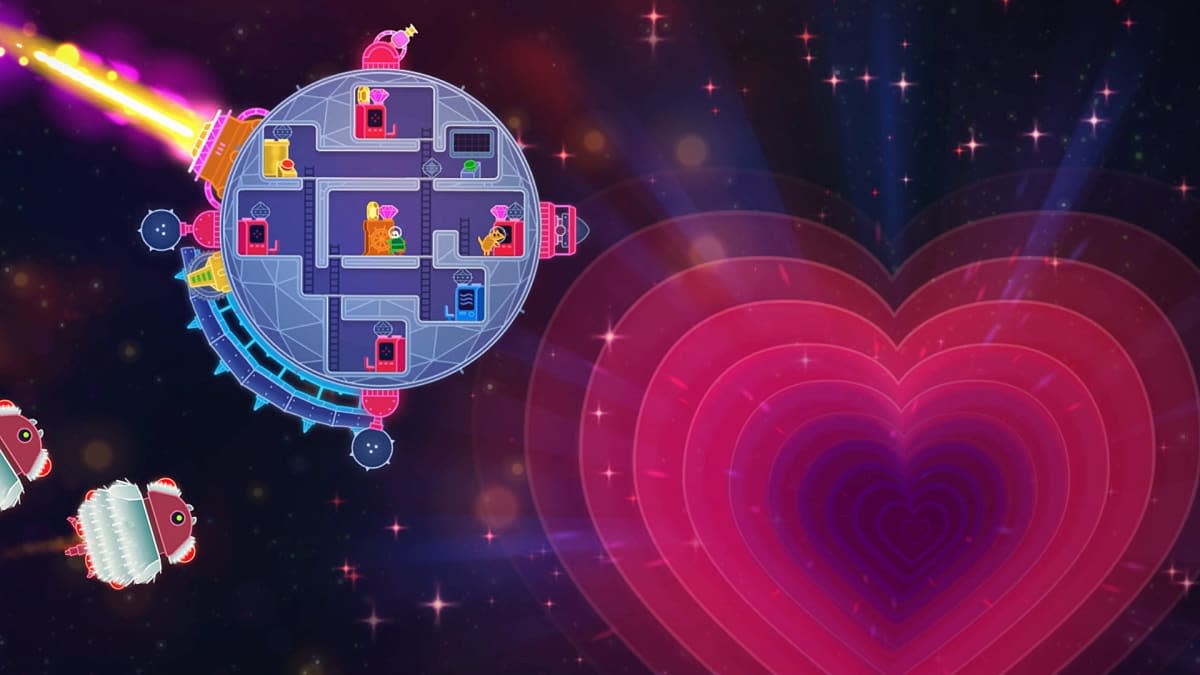 Lovers in a Dangerous Spacetime was nominated for an award in Visual Art at the 2013 Independent Games Festival, and since then it looks like this little game has gotten a lot bigger and brighter. Plus, it has more creative weapons and interstellar baddies, which is definitely something worth waiting for. Lovers in a Dangerous Spacetime is a cooperative space game for up to two players (or one player and an AI cat companion), where the lovers are on a mission to eradicate all evil creatures in the universe. One player controls the ship's direction while another fires weapons and deploys shields, and together they try to stay alive long enough to save themselves and planets of cuddly creatures from certain doom. We got our hands on Lovers at GDC 2013 and found it to be delightfully tricky and fairly gorgeous. Lovers in a Dangerous Spacetime is set to launch on September 9th on Xbox One and Steam (PC, Mac and Linux). Steam pre-orders are live now on the Lovers in a Dangerous Spacetime website, while Xbox One pre-orders should go live on August 27th. Find a friend and prepare to save the universe with unabashed, brilliant love -- and lasers.

In this article: asteroidbase, hdpostcross, id@xbox, Indie, lovers-in-a-dangerous-spacetime, loversinadangerousspacetime, STEAM, XboxOne
All products recommended by Engadget are selected by our editorial team, independent of our parent company. Some of our stories include affiliate links. If you buy something through one of these links, we may earn an affiliate commission.