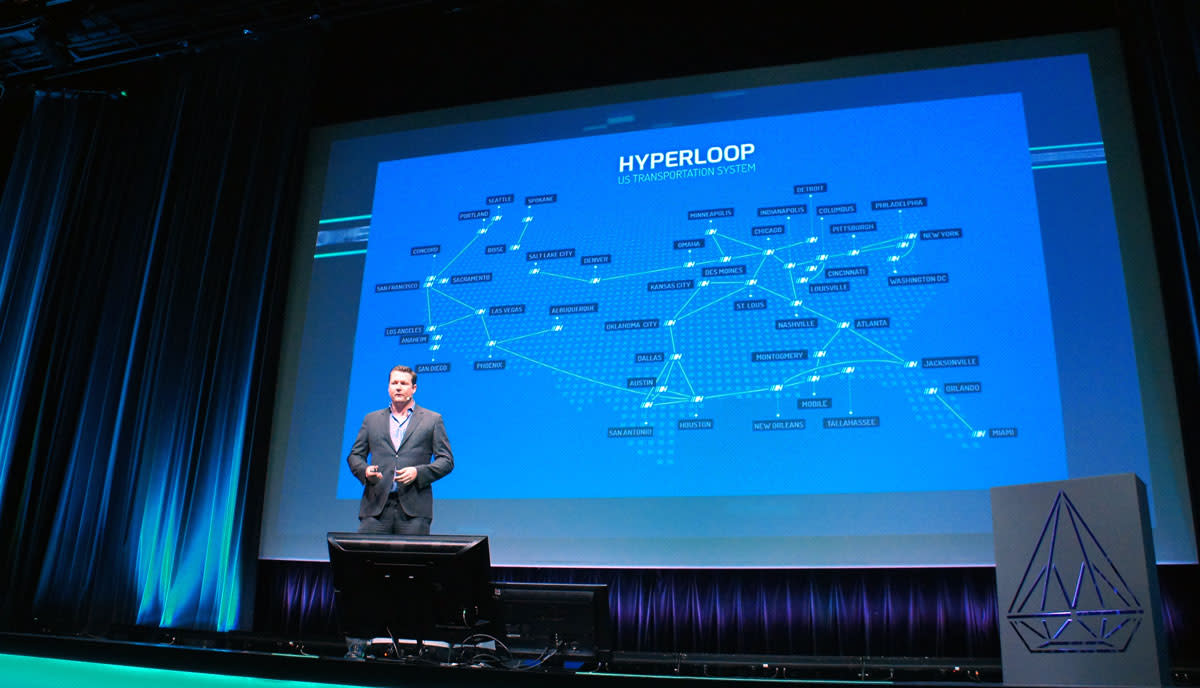 One of the firms competing to turn Elon Musk's tube-based alternative to high-speed rail has taken a small step towards making it a reality. Hyperloop Transportation Technologies has signed deals with vacuum pump business Oerlikon Leybold, engineers Aecom and the architectural business Hodgetts+Fung. As with all of HTT's deals, these firms will offer their expertise in exchange for stock options in the hope that the company will become successful further down the line. The latter two won't have much to offer just yet, but the first one has already started work on the project.

Oerlikon executive Carl Brockmeyer told Wired that he has formed a team of six employees to start researching how feasible it is to keep a 700 mile long tube at zero pressure. He doesn't believe it'll be too difficult, however, telling the site that "from a technical point of view, it's not a challenge." The biggest worry that he has, is to ensure that the vacuum pumps don't guzzle more power than the (intended) solar panels and wind turbines can supply. It doesn't have long, however, since HTT is hoping to break ground on its first fully-working loop, at Quay Valley in California, in the start of 2016.

While we're checking on the progress of Hyperloop, it's worth noting that the much-more secretive Hyperloop Technologies has recently broken ground on a new 39,000 square foot research facility in Los Angeles. Not much is known about this company's progress, beyond that it's researching a freight-carrying system to push cargo at super speed. Still, it looks as if the momentum, at least for now, is with its similarly-named and more public frenemy.

In this article: Aecom, Business, culture, DirkAhlborn, Hodgetts+Fung, Hyperloop, HyperloopTransportationTechnologies, Oerlikon, science, timeline16getlooped, transportation, Vacuum
All products recommended by Engadget are selected by our editorial team, independent of our parent company. Some of our stories include affiliate links. If you buy something through one of these links, we may earn an affiliate commission.