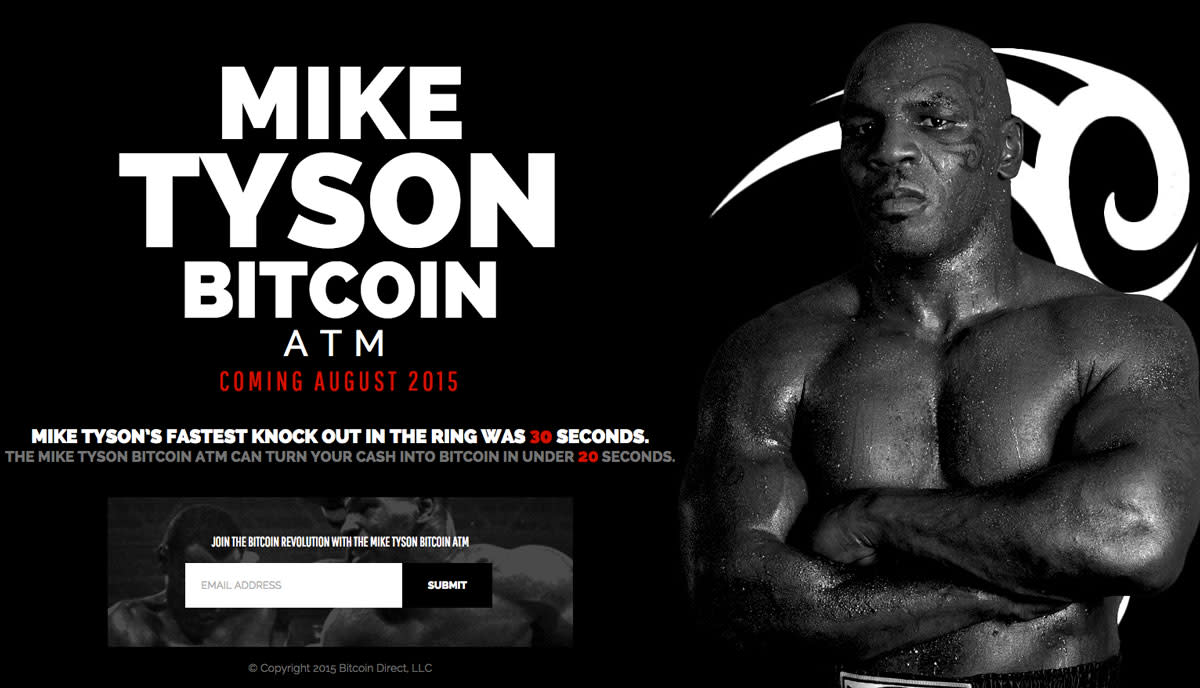 Whenever someone brings up Bitcoin, the first thing that comes to everyone's mind is an image of Mike Tyson. After all, cryptographic currencies beloved by investment wonks, libertarians and drug kingpins go hand-in-hand with the controversial former heavyweight champion of the world. That's why it's no surprise to see Motherboard reporting that Bitcoin Direct has launched "The Mike Tyson Bitcoin ATM" in Las Vegas. Apparently, it's just a regular Lamassu machine with the boxer's picture stuck on the front, that enables you to buy in to the cryptocurrency but crucially, not withdraw.

It's all so absurd that if there wasn't some sort of photographic proof (as in the tweet below), we'd have dismissed this out of hand as a hoax. That said, the idea that a cynic would use the boxer's image to convince unwitting gamblers, flush with their slot machine winnings, to invest in a wildly risky and untested currency is pretty easy to imagine. As with Tyson, the ATM hasn't arrived without its own fair share of detractors, and CoinDesk has previously reported on accusations that the enterprise is a scam -- something that Bitcoin Direct boss Peter Klamka has refuted.

If you really want to go use it, CoinTelegraph has pegged the machine's location as on the promenade at the LINQ Hotel and Casino. We'd probably advise against it, since the machine is also charging 10 percent more than the current exchange rate for USD - BTC. Those Mike Tyson decals don't come cheap, kids.

In this article: ATM, Bitcoin, BitcoinATM, LasVegas, MikeTyson
All products recommended by Engadget are selected by our editorial team, independent of our parent company. Some of our stories include affiliate links. If you buy something through one of these links, we may earn an affiliate commission.