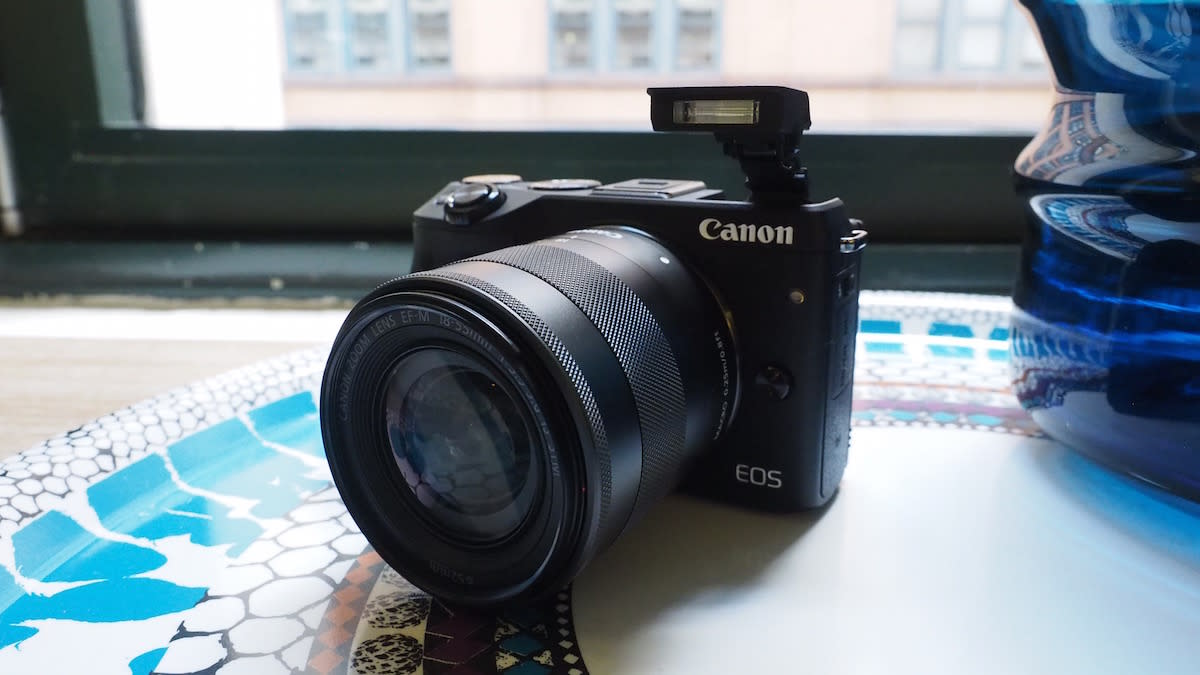 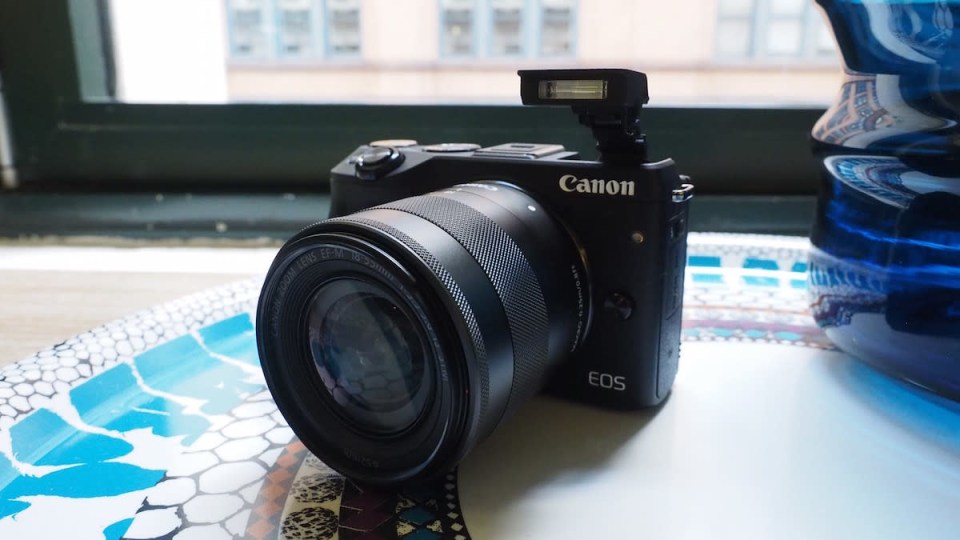 Canon is bringing its latest mirrorless camera, the EOS M3, to the US after all. The Japan-based manufacturer announced this compact shooter back in February, but now people in the States will have a chance to get their hands on it. A follow-up to the M2 from 2013, the M3 features a 24.2-megapixel APS-C CMOS sensor, Hybrid AF III focusing system and Digic 6 image processor -- all specs found on the Rebel T6s and T6i DSLRs. Just as well, Canon's new mirrorless comes with the same battery type (LP-E17), focus peaking and dynamic stabilization as its bigger siblings, so you can expect similar performance from a camera that's wrapped in a much smaller package. What's more, you'll get NFC, WiFi and 1080p recording at 24, 25 and 30 fps, while the max ISO range is set at 6,400 and 12,800 for video and pictures, respectively.

22
We've only spent a couple of days with the EOS M3, but it's been impressive so far -- especially when compared to both of its predecessors. The autofocus is accurate and fast; it's comfortable to hold; and the addition of an articulating screen gives you more flexibility when you're shooting. We'll make a final judgment on the camera later on. But for now, if you're into it, you can prepare your wallet for when the M3 goes on sale in "early" October. It'll be available in black and white for $680 (body-only), or $800 for the kit that includes an 18-55mm lens.

20
In this article: Canon, CanonEOSM, CanonEOSM3, CanonM3, EOSM, EOSM3, hands-on, M3, MirrorlessCamera
All products recommended by Engadget are selected by our editorial team, independent of our parent company. Some of our stories include affiliate links. If you buy something through one of these links, we may earn an affiliate commission.