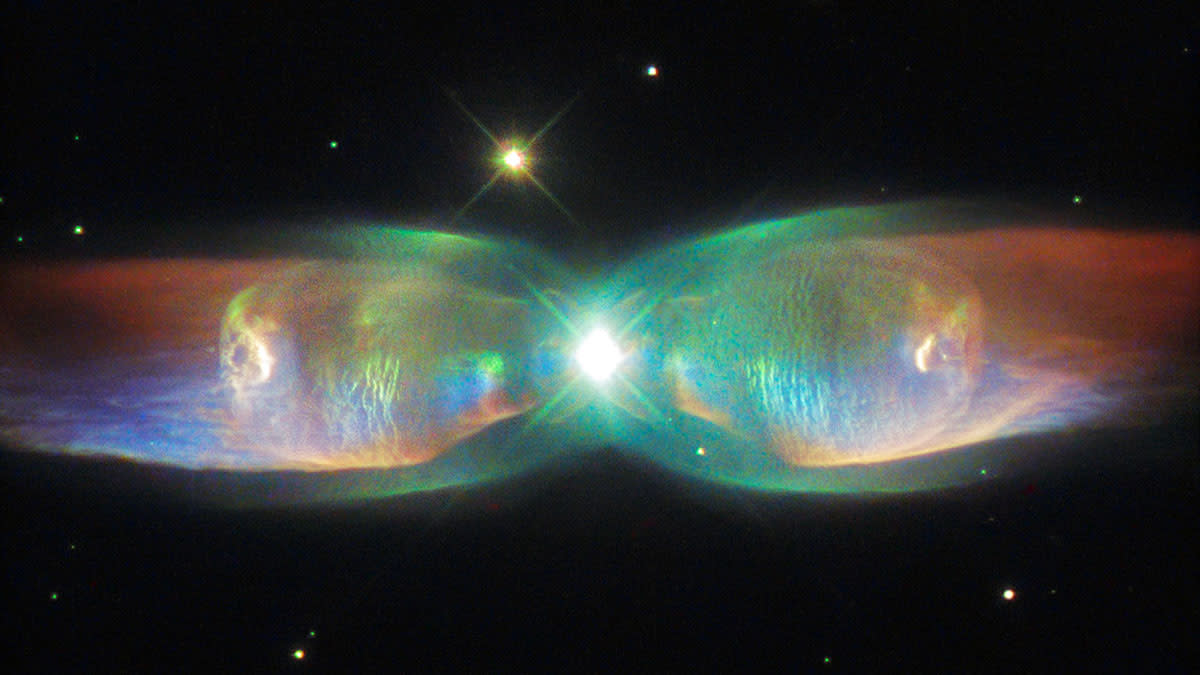 Nebulae tend to be stunning by their very nature, but the Twin Jet Nebula might just take the cake. The Hubble Space Telescope team has captured an updated image of the dying binary star system (the last shot was from 1997), and its namesake twin jets of ejecting gas are unfurling like the iridescent wings of a butterfly. The seemingly magical effect stems from the stars' unusual interaction with each other -- while only one star is ejecting its outer layers, the other (an already-shrunken white dwarf) is pulling those layers in opposite directions. You won't have to worry about this light show disappearing any time soon, by the way. The nebula only got started around 1,200 years ago, so it's going to be visible for many, many years to come.

In this article: bigpicture, hubble, hubblespacetelescope, nebula, science, space, star, thebigpicture, twinjetnebula
All products recommended by Engadget are selected by our editorial team, independent of our parent company. Some of our stories include affiliate links. If you buy something through one of these links, we may earn an affiliate commission.