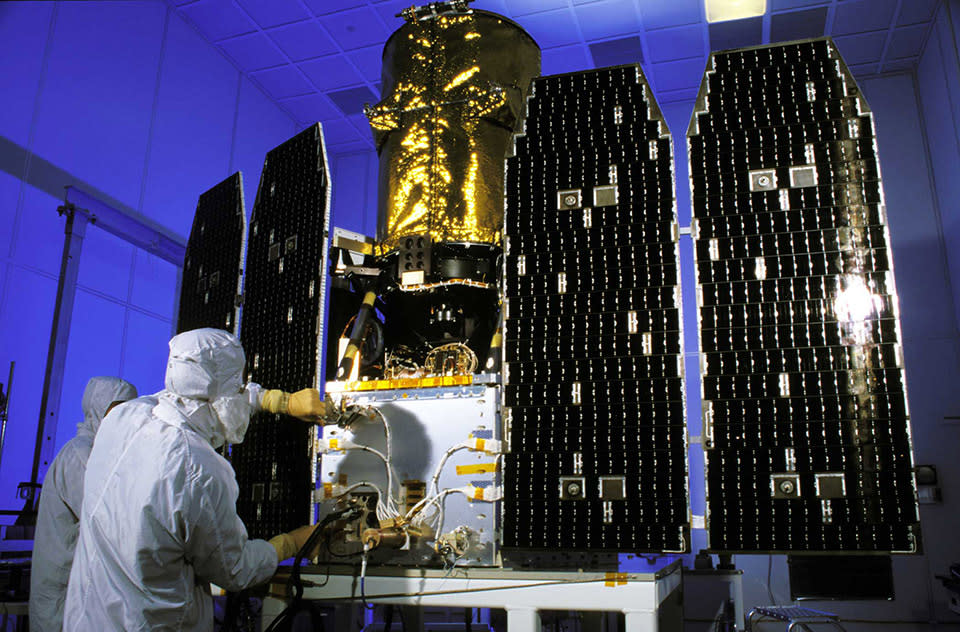 While the Voyager 1 probe, launched in 1977, cruises into interstellar space (the farthest man-made object from Earth) and missions like New Horizons capture snaps from the outskirts of the solar system, we've been keeping the heavy hitters close to home. Massive space telescopes that scan the cosmos with augmented eyes have been orbiting the Earth for years to get a clear view of the universe without atmospheric distortion. The Hubble Space Telescope's 1990 launch set a new precedent for these space-based observatories in terms of scale and abilities. These new instruments have helped scientists gather an incredible amount of data and mind-bending photos from deep space. With Pluto hogging the spotlight lately, we decided to take a look back at some of these powerful orbiting eyes and their visual achievements. 16
In this article: Chandra x-ray observatory, esa, galex, gamma ray, hubble, NASA, observatory, satellite, SDO, space telescope, spitzer, WISE
All products recommended by Engadget are selected by our editorial team, independent of our parent company. Some of our stories include affiliate links. If you buy something through one of these links, we may earn an affiliate commission.