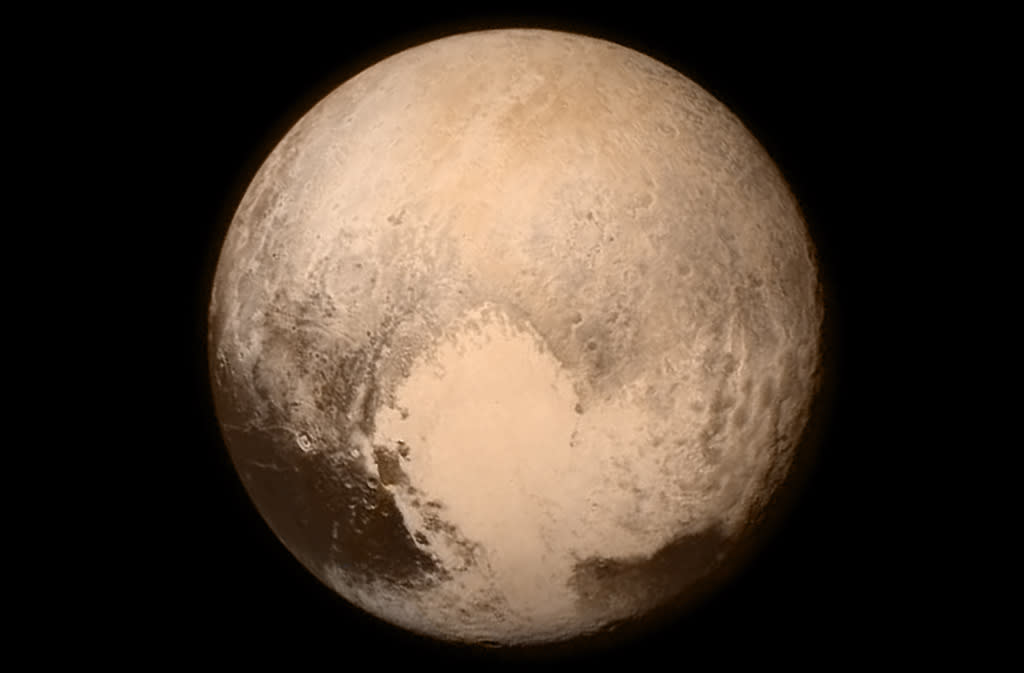 Anxious to see the closest shot of Pluto ever? NASA is set to release high res photos soon, but in the meantime, the space agency has posted a "love note back to Earth" with a low-res Instagram image. That marks the first time the agency has given a social network first dibs on a major image, according to Wired. The image itself was snapped by the New Horizon probe 16 hours before its closest approach, some 476,000 miles away. NASA said it will release higher resolution versions of the image later tonight and discuss them in a briefing at 8AM briefing (EDT) on NASA Television. We'll bring you all the details of that a bit later on, but in the meantime, enjoy the best photo ever taken of our solar system's bastard stepchild planet.

Update: NASA has now posted a new, higher resolution Pluto image, which we've updated (above). NASA Administrator Charles Bolden also heralded New Horizons' arrival, saying "The exploration of Pluto and its moons by New Horizons represents the capstone event to 50 years of planetary exploration by NASA and the United States." The probe is now in data-gathering mode while it passes within 7,750 miles of the planet's surface and is out of contact with controllers, as planned. However, it should transmit a series status updates by 9PM tonight, along with more photos.

In this article: image, Instagram, NASA, New Horizons, Pluto, space, The Big Picture, timeline16plutomedia
All products recommended by Engadget are selected by our editorial team, independent of our parent company. Some of our stories include affiliate links. If you buy something through one of these links, we may earn an affiliate commission.