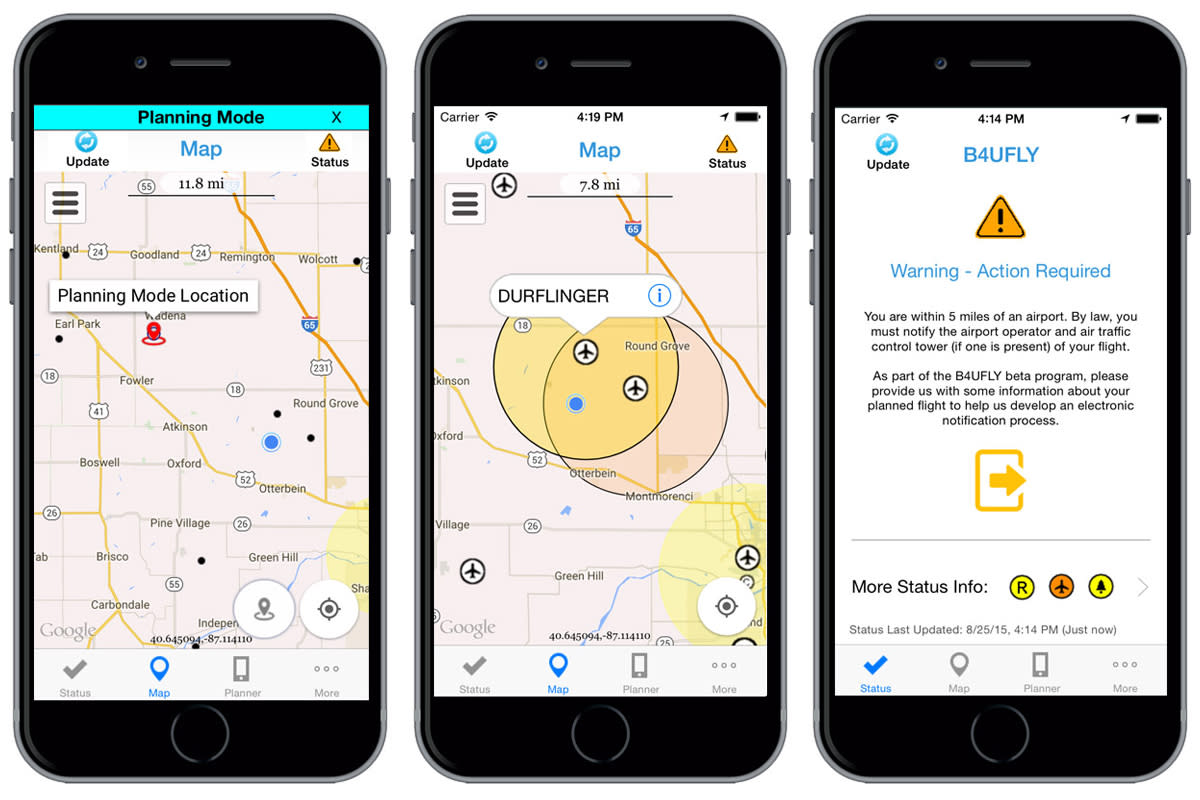 Back in May, the Federal Aviation Administration announced plans to test an app for drone hobbyists that'll ensure they're flying in approved airspace. The mobile software appears to be on schedule as B4UFLY is now in closed beta for iOS. Up to 1,000 UAV users will test the app that's primarily aimed at keeping you informed about which areas are safe to fly. In addition to interactive maps, the software serves up location-based status alerts and sorts future flight plans. That status report takes into account "airspace, proximity to airports, temporary flight restrictions, current law and other FAA guidance and procedures," according to the FAA's announcement. The agency says the beta will last for "several months" before the app is made available to the public. And while the test is iOS-only, the FAA plans to make the full version compatible with Android devices as well.

In this article: app, b4ufly, beta, drone, drones, faa, software, uav
All products recommended by Engadget are selected by our editorial team, independent of our parent company. Some of our stories include affiliate links. If you buy something through one of these links, we may earn an affiliate commission.