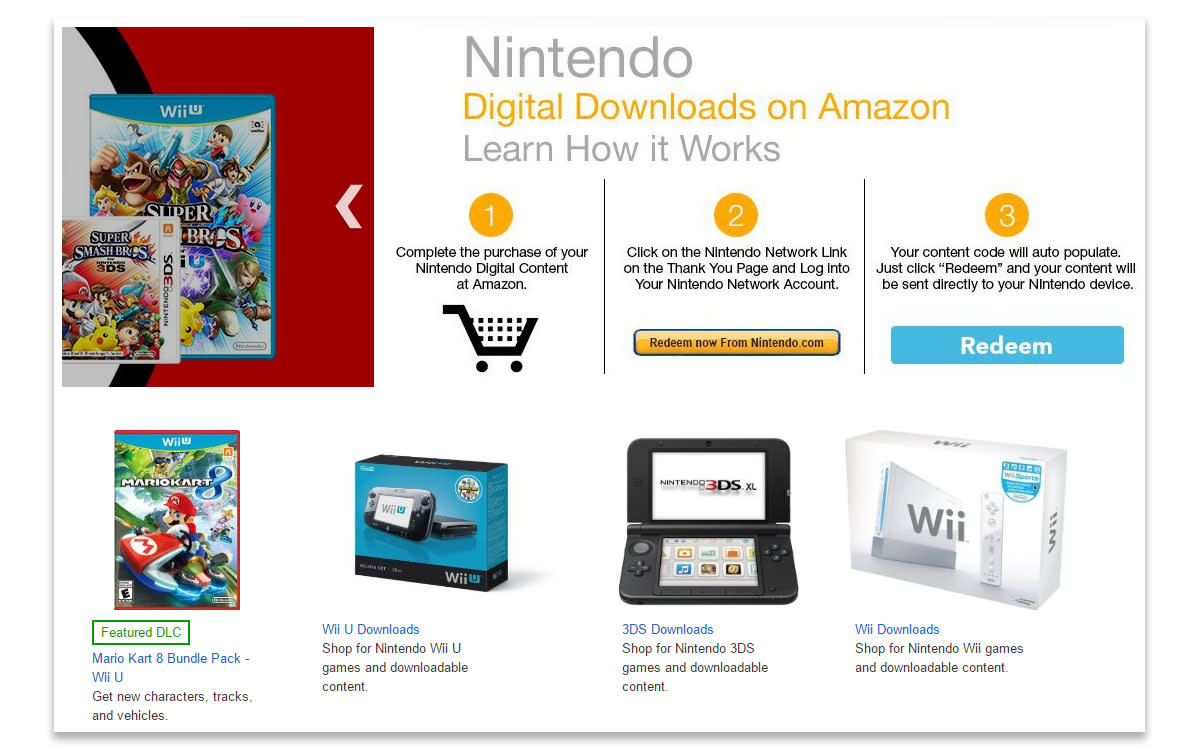 US Amazon users can now buy Nintendo titles like Super Smash Bros. for 3DS and Wii U through a digital download space on Amazon. According to the page, you can purchase one of the 61 titles listed, including Mario Kart 8, Splatoon and Yoshi's Island, then just click the Nintendo Network link on the 'thank you' page. From there, the content code will be automatically redeemed and the game sent directly to your Wii U or 3DS console. The new store means there's now another way to purchase downloadable games other than through Nintendo's eShop -- even though it still comes directly from Nintendo.

Pricing on Amazon seems to be the same as Nintendo's eShop -- Splatoon and Mario Kart 8 on Wii U are the same $59.99 on both sites. However, it's possible that Amazon will have the odd sale or deal (we've reached out for more info). Until recently, Amazon didn't even stock Nintendo consoles itself, choosing to just fulfill orders from other retailers on its site. That led some folks to speculate that there was some kind of feud going on, though neither side ever confirmed that. Recently, however, Amazon started selling the 3DS XL and some other bundles after several years of not doing so. And the new store seems a sign that any dispute -- real or imagined -- is now in the past.

In this article: amazon, DigitalDownloads, downloads, eShop, games, nintendo, NintendoDigitalDownloads
All products recommended by Engadget are selected by our editorial team, independent of our parent company. Some of our stories include affiliate links. If you buy something through one of these links, we may earn an affiliate commission.