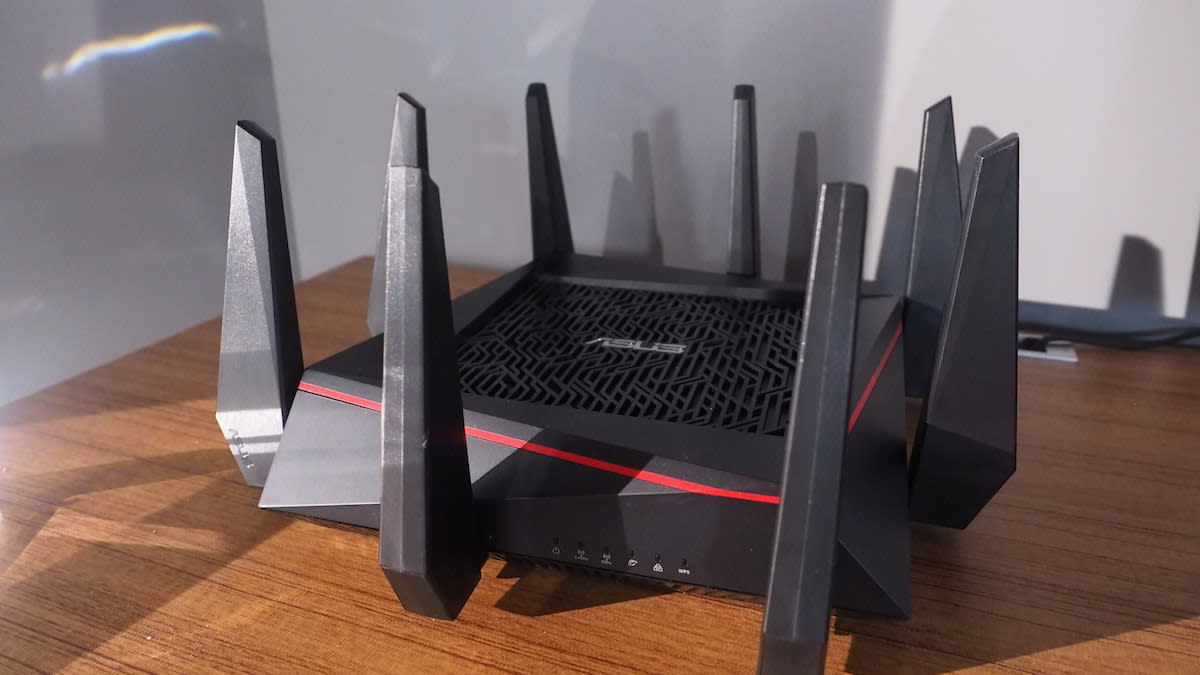 If you wanted an insane-looking router with an almost as-insane boast, then say hello to ASUS' new router. Touting it as the best for gaming, 4K streaming and smart home networking, the RT-AC5300 will apparently deliver speeds that are 67 percent faster than first-gen, tri-band routers. In particular, ASUS is promising up to 1 Gbps connections over 2.4GHz and up to 2.167 Gbps on each of the two 5GHz bands, and is calling this the world's fastest WiFi. In short: Google just got a new router challenger. 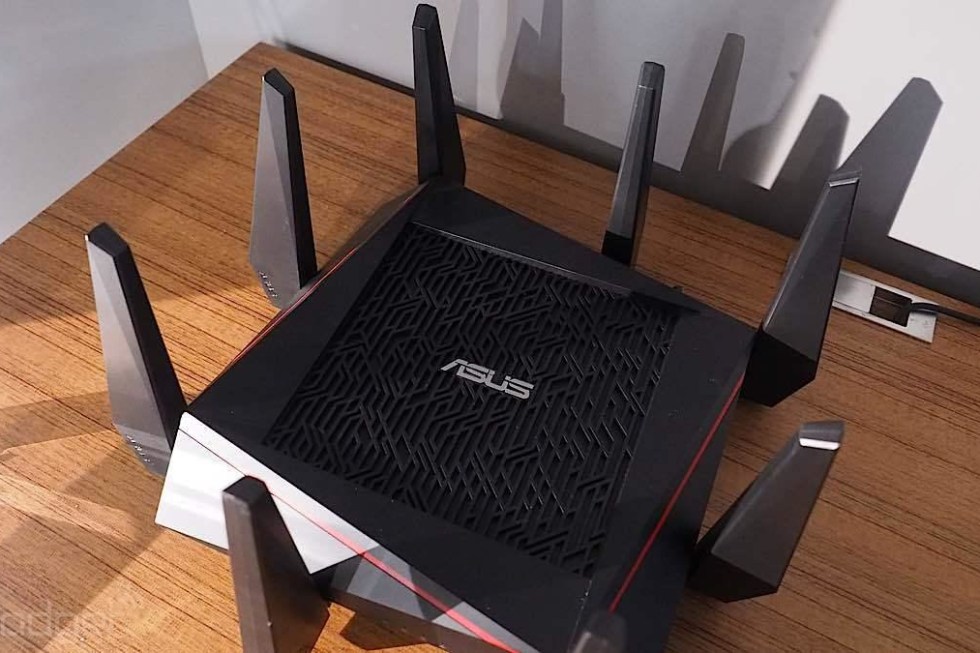 In this article: 5ghz, asus, asusu, fastestwifi, hands-on, ifa, ifa2015, router, rtac5300
All products recommended by Engadget are selected by our editorial team, independent of our parent company. Some of our stories include affiliate links. If you buy something through one of these links, we may earn an affiliate commission.