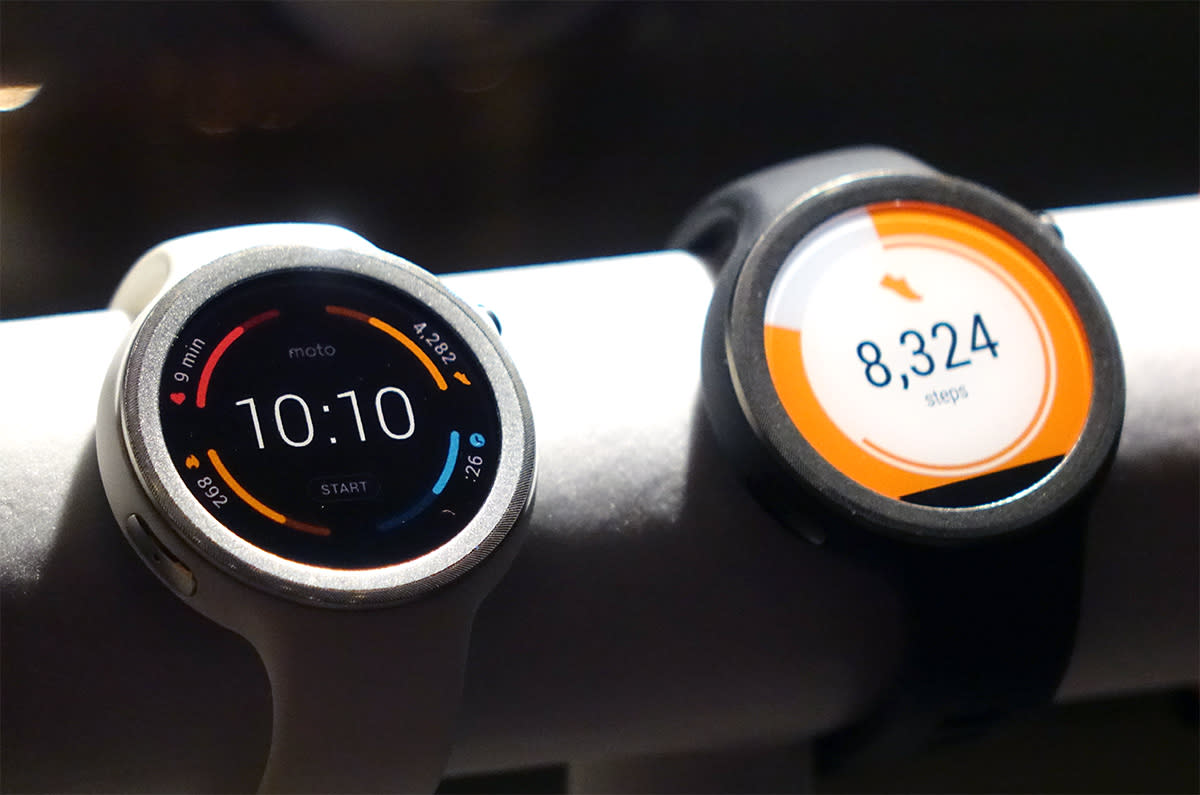 Let's be real: As pretty as the new Moto 360 is, it definitely isn't ready for the gym. That's where the new Moto 360 Sport comes into play. The company hasn't said anything about price or when we'll be able to take these things out for a torturous run -- hell, there wasn't even a live model to play with -- but there's still more going on here than you might expect.

It's based on the 42mm version of the Moto 360 we've already seen, except it's clad in a rubbery, exercise-friendly material instead of leather and steel. As you'd expect from a high-end fitness wearable, there's a built-in GPS to help you log miles more accurately than a plain ol' accelerometer could. Motorola's also pretty adamant about making people take as few gadgets on their workouts as possible, so you can load this thing up with your music (a trait it shares with the regular 360s) for streaming to your Bluetooth headphones. The most valuable addition to the mix, though, is what Motorola calls its "AnyLight" hybrid display. In a nutshell, the screen melds a typical backlit LCD screen like the one you'd see on a normal smartwatch with a front-lit reflective one that's better for seeing your vital stats in broad daylight. Thankfully, the Moto 360 can tell where you are and how blindingly bright your conditions are, so it'll switch between those two modes on the fly whenever it thinks you need it.

Motorola's still keeping pretty quiet about the Sport model, and it isn't really a shock. After all, the last time the company took a stab at a fitness wearable, it cooked up this thing that people almost completely ignored. Times change, and so do people's priorities, so maybe this is the year Motorola successfully makes a serious smartwatch for non-nerds to love.

In this article: androidwear, fitness, ifa, ifa2015, mobilepostcross, moto, moto360, moto360sport, motorola, smartwatch, wearable
All products recommended by Engadget are selected by our editorial team, independent of our parent company. Some of our stories include affiliate links. If you buy something through one of these links, we may earn an affiliate commission.