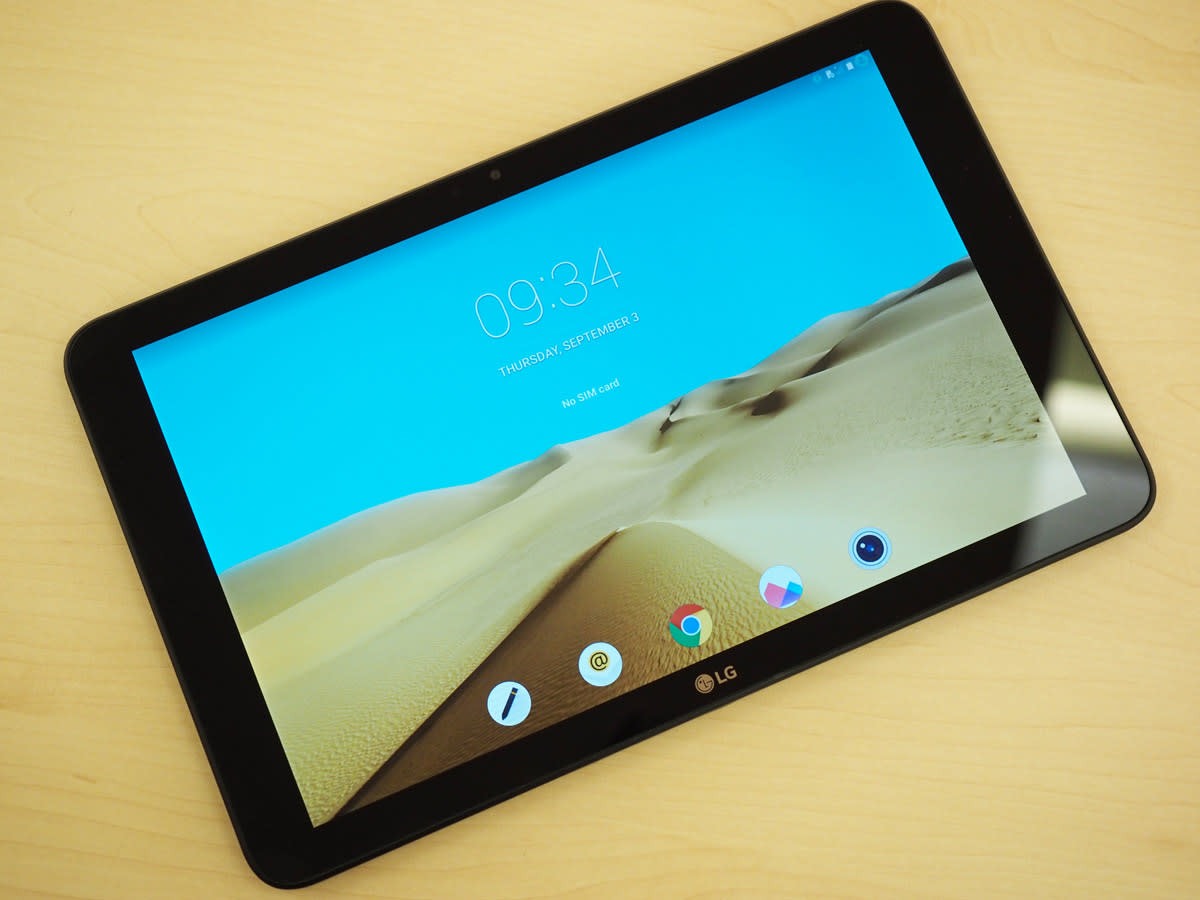 LG's never been scared of trying new things when it comes to smartphones, even pioneering the strange-yet-convenient back-button placement other manufacturers have copied since. By comparison, the company has played it safe with its G Pad tablet range, none of which have had any particularly standout features. And after briefly playing the LG's new G Pad II 10.1 here at IFA, it seems like the company is quite happy sticking to its rather unexciting formula. Last year, LG opted to release three sizes of tablet, but for now at least, the G Pad II only comes in the one form factor, with a 10.1-inch 1,920 x 1,200 display. To refresh your memory, the G Pad II marries a 2.26GHz quad-core Snapdragon 800 with two gigs of RAM, 16GB of storage, 5- and 2-megapixel cameras, a 7,400mAh battery and Android 5.1.1 Lollipop. By all accounts, a capable tablet, but there really isn't much to say beyond that. At 489g (just over 17 ounces), it's agreeably light for a 10-inch slate, and the one "brilliant bronze" color scheme is neither exciting nor off-putting. Build quality is tight, as you'd expect from an established company like LG, but otherwise, the G Pad II is pretty generic. In fact, one of the more interesting factoids about the slate is that it comes with Microsoft's Office suite preinstalled.

Of course, not every tablet has to push the boundaries of design, specifications or feature set, but it's hard to consider LG's latest effort as anything but "just another option." And without conclusive pricing for either the WiFi-only or LTE variants, which launch in the US later this month before rolling out to other markets in due course, we can't really speculate on who it'll appeal to most. We've poked LG for more info on this important missing piece, and we'll be sure to update you if we hear anything more. On first impressions, at least, the Bluetooth keyboard launching alongside the G Pad II is more interesting than the new tablet itself. Whoops...

Update: LG's now volunteered some rough pricing, saying the G Pad II will start at around €400 (circa $445), or slightly more.

In this article: gpadII, gpadII10.1, hands-on, ifa, ifa2015, lg, lggpadII, lggpadII10.1, microsoft, microsoftoffice
All products recommended by Engadget are selected by our editorial team, independent of our parent company. Some of our stories include affiliate links. If you buy something through one of these links, we may earn an affiliate commission.