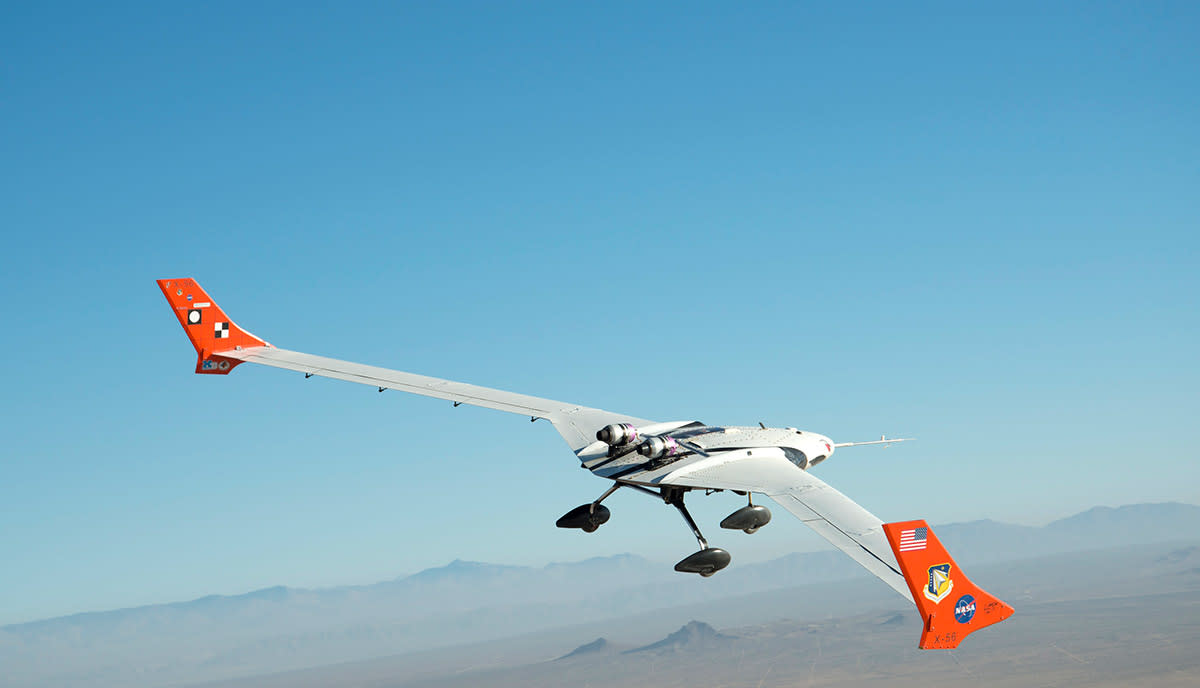 NASA has successfully completed a series of tests making sure that the X-56A Multi-Utility Technology Testbed (MUTT) aircraft can withstand flights up to 130 knots in speed. See, the X-56A isn't your typical aircraft: it's a remote-controlled test model the space agency's using for the development of flexible flight tech, which will be used for lightweight, eco-friendly planes. NASA needs to test the technology extensively, since planes with pliable wings are typically more susceptible to strong winds and vibrations. In fact, this recent round of testing only completed all of the agency's "stiff wing objectives." X-56A 2.0 -- yes, this is the second version, as developer Lockheed Martin already put the first one through the wringer in 2013 and 2014 -- doesn't have its flexible wings yet. Those special airfoils will be attached in the next few months before the aircraft takes off for its first flexi-wing flight in early 2016.

In this article: aircraft, MUTT, nasa, plane, X-56A
All products recommended by Engadget are selected by our editorial team, independent of our parent company. Some of our stories include affiliate links. If you buy something through one of these links, we may earn an affiliate commission.