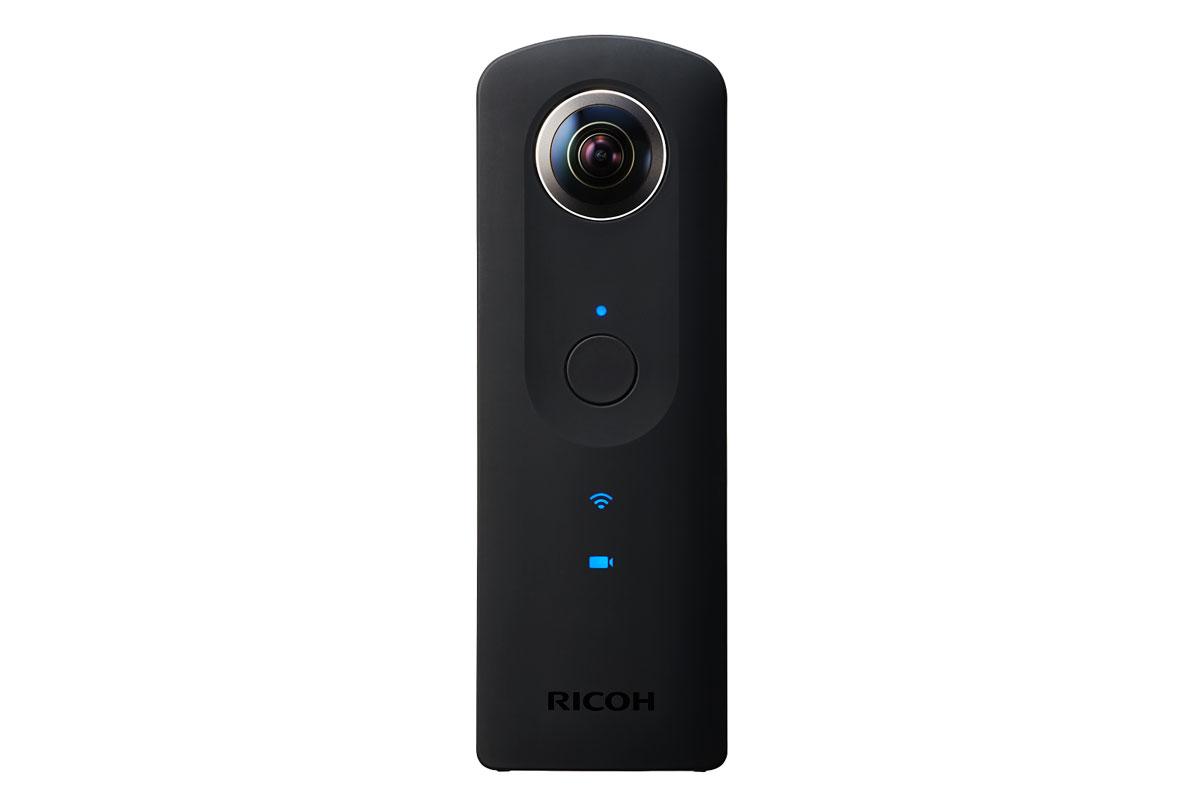 Ricoh's Theta camera was a novel, but pricey experiment: a stick-shaped camera that took completely spherical stills (and later, video.) There was also the unfortunate problem of spreading a typical point-and-shoot camera resolution over an understandably bigger 360-degree digital canvas, which resulted in noisy images low on detail. Ricoh's Theta S camera, which launches globally next month, looks like it'll improve on its predecessor in those areas and more. The new camera roughly doubles the resolution of images it can take over the last Theta camera, and an upgraded f2.0 lens (like the optics found on high-end smartphones) ensures more light and less noise and blur. (The results of the last model were often lacking when there wasn't a strong light source.)

The Ricoh Theta S captures spherical images up to almost 14 megapixels, while it can now record spherical video in full HD (1,920 x 1,080 at 30 fps) with a maximum recording time of 25 minutes. (The older model tapped out at 5 minutes.) When you've captured something spherical, you can now share not only on Ricoh's own site (theta360.com), but also on Facebook, Twitter, Tumblr, Google Maps and YouTube's own 360-degree channel. Ricoh's also made a new app to complement the Theta S, offering a much-needed remote-viewing mode, as well as the ability to manually adjust camera setting from your phone on the fly: That extends to ISO, white balance and shutter speed.

The Theta's WiFi module has also been upgraded so that image and video transfer speeds are four times faster than the old model. The camera's also been decked out in a moody, black rubber coating so it doesn't slip out of your grip during that epic spherical team selfie. It arrives in the US, Europe and Asia in late October, priced at $349.

In this article: ifa, ifa2015, ricoh, sphericalphotos, theta, thetas
All products recommended by Engadget are selected by our editorial team, independent of our parent company. Some of our stories include affiliate links. If you buy something through one of these links, we may earn an affiliate commission.