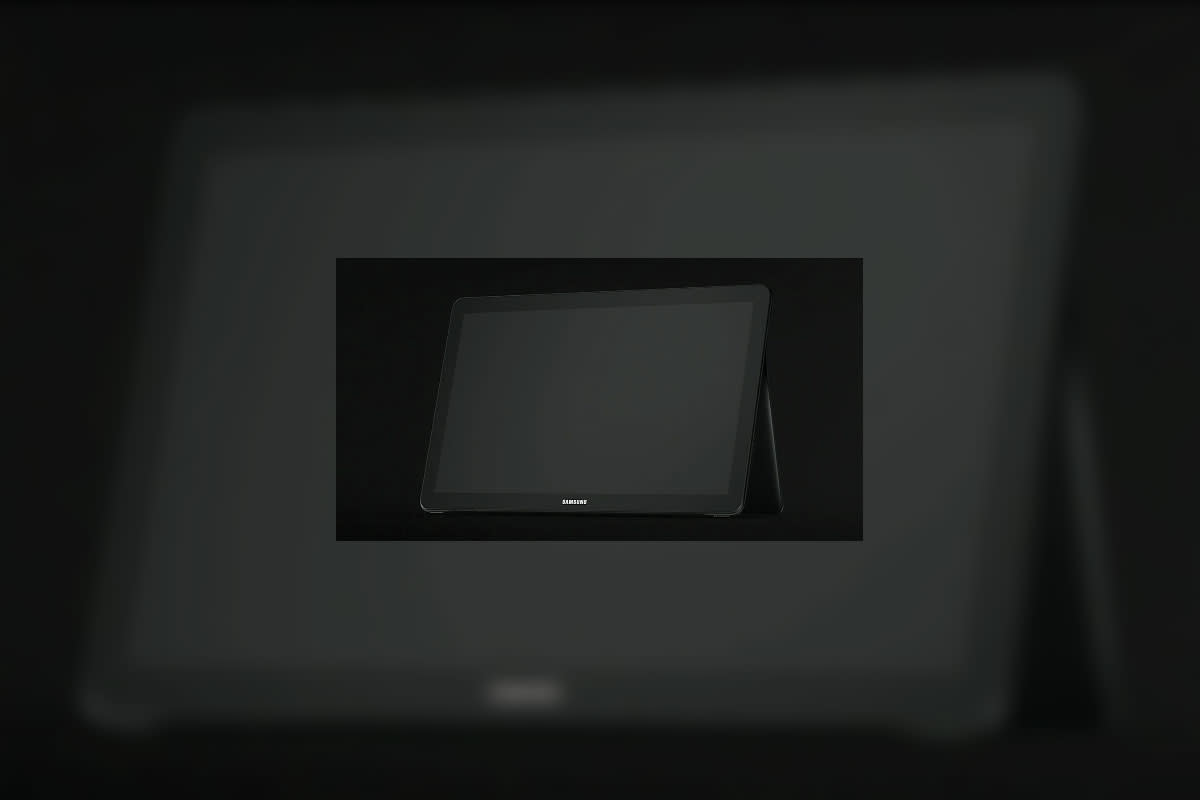 Samsung is making a habit of teasing its next announcement at the end of launch events. After today's Gear S2 official reveal, the company teased a new tablet: the Galaxy View. Of course, details are quite scarce right now, but we do know that the slate sports a Surface-esque kickstand that's either built in or added by a case. The device maker only offered the hints of "think bigger" and "a new dimension of entertainment" alongside the promise that we'll get more info next month. And when those specs emerge, you can bet we'll bring you the latest.

In this article: galaxyview, ifa, ifa2015, samsung, tablet
All products recommended by Engadget are selected by our editorial team, independent of our parent company. Some of our stories include affiliate links. If you buy something through one of these links, we may earn an affiliate commission.