Use this time tracker to measure progress towards your goals 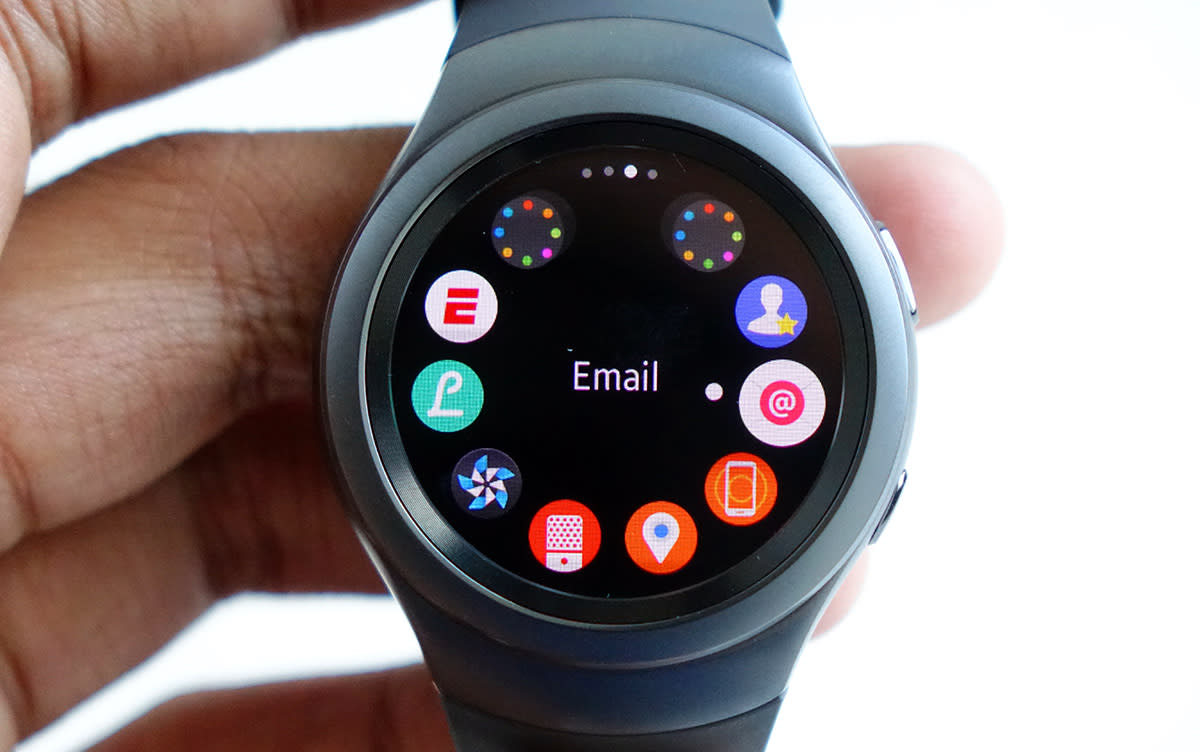 Few companies have churned out as many different smartwatches as Samsung, so it's little surprise the company is showing off a new one -- the Gear S2 -- at IFA. What is a surprise, though, is how much more elegant, more polished the S2 feels compared to just about all of Samsung's previous attempts. After years of seemingly blind iteration (and just a little bit of hands-on time), Samsung finally seems to have a stylish, if somewhat controversial smartwatch on its hands.

I say "controversial" because the Gear S2 runs Tizen, a decidedly different beast than the Android Wear most of Samsung's rivals have been cranking out lately. Thankfully, Samsung finally fixed one of the Gear line's biggest flaws with the S2 -- you won't need a Samsung phone to use this thing. The Gear S2 is compatible with just about any Android smartphone with at least 1.5GB of RAM that runs Android 4.4 and up. The test units we fiddled with were connected to Galaxy S6s, naturally, but the company warns that certain features and notifications won't work properly if another smartphone maker implemented things differently. This Tizen foundation also means Samsung has had to woo developers into crafting apps for a completely different platform, but the company says to expect about 1,000 apps available at launch, many of which should take advantage of the S2's sweet, sweet rotating bezel.

The bezel, by the way, is amazing. It's the biggest addition to an otherwise minimalist smartwatch design, and I'm sort of in love with it. Crank it to the left from the home screen and notifications will pop up on that bright 1.2-inch circular AMOLED; turn it to the right and you'll see all your selected widgets. And the best part? There's a very satisfying click that punctuates each turn of the bezel. You'll still be tapping on icons all over the place, but dedicating the bezel to navigation makes more sense than transplanting the touch-and-swipe-and-touch-and-swipe experience to a smaller screen like Android Wear does.

Samsung's previous Tizen-powered Gears were, shall we say, a little clumsy looking. This time Samsung ditched the clunky, power-user aesthetic in favor of a sleeker, more traditional smartwatch design. Both the dark gray and silver versions of the bog-standard Gear S2 are lightweight and come with comfortable elastomer bands, but the Gear S2 Classic seeks to class things up even more. It's a hair smaller than its cousins -- the body is 40mm wide instead of 42 -- and it comes with a handsome black leather strap and a little knurling on the bezel for a slightly more masculine aesthetic. Your mileage may vary, but the Classic seems like the most thrilling option of the three... unless you count the bigger, 42mm 3G version that's coming too. What's inside the thing matters just as much, so Samsung tossed in WiFi, watch faces you can customize with news tickers and ESPN sports updates and NFC for all those Samsung Pay transactions (this'll get unlocked via software update in November).

All told, the Gear S2 is the best-looking smartwatch Samsung has ever made, and Tizen is growing to the point where people -- normal people! -- won't mind it as an alternative to Android Wear or Apple's watchOS. Of course, we won't pass proper judgment on this thing until our full review, so stay tuned to see if Samsung finally nailed the smartwatch formula.

In this article: gear, gears2, handson, ifa, ifa2015, mobilepostcross, preview, samsung, smartwatch, tizen, wearable
All products recommended by Engadget are selected by our editorial team, independent of our parent company. Some of our stories include affiliate links. If you buy something through one of these links, we may earn an affiliate commission.