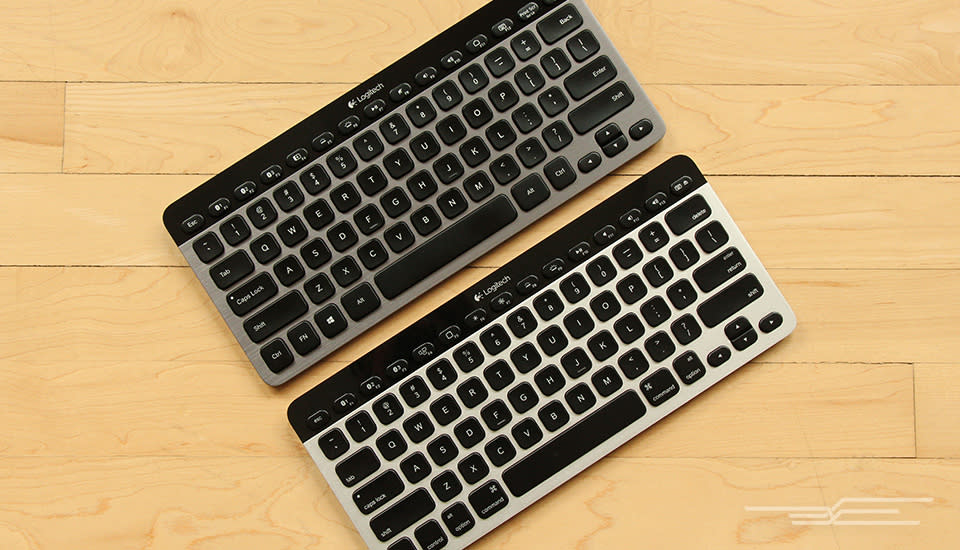 This post was done in partnership with The Wirecutter, a list of the best technology to buy. Read the full article here.

After testing 20 Bluetooth keyboards with a four-person panel, and using our favorites for months of daily work, we found the Logitech Bluetooth Easy-Switch Keyboard K810/K811 (Mac/Windows) is the best Bluetooth keyboard for most. The Easy-Switch has a rechargeable battery that lasts a few weeks to several months, and is able to instantly switch between three devices, a feature the competition universally lacked. At $100 it's expensive for a keyboard, but no other Bluetooth option comes close to matching the Easy Switch's versatility, comfort, and features.

Who is this for?

A Bluetooth keyboard is a great option if you need a keyboard that can connect to any device—desktop, laptop, tablet, phone, television. If you have a keyboard that you're happy with, and you only need to use it with a computer, or don't mind sacrificing a USB port, then you don't need to upgrade. The Logitech's Bluetooth Easy-Switch Keyboards (Mac/Windows) is small and light enough to use around the house or on the go, without sacrificing the placement of keys. The keys are satisfying to type on with springy feedback

You can choose two models of the Easy-Switch: each features a layout tailored for Windows or for Mac, though both models ultimately work with any operating system.

The Easy-Switch keyboard has a built-in rechargeable battery, which you can charge via the included Micro-USB cable even while the keyboard is in use. Our pick's battery typically lasted up to three weeks in our tests, even with the backlighting turned all the way up. With no backlight, it lasted another four to five days.

Our pick can be paired with up to three devices at once, and it can switch between them instantly with the push of a button. You can use the keyboard to crank out an email on your computer, switch to your smartphone to send a quick text message, then swap back to your computer to finish up that email. Our budget pick looks and feels cheap, but it works well enough.

If you're on a budget, the $20 Anker Ultra Compact Bluetooth Keyboard is the best option. It costs a fraction of the price of the Logitech Easy Switch, though it falls short in some respects. The Anker can't switch between devices, and doesn't have a backlight or models tailored specifically to Mac or Windows. But all the keys are in the correct spot and it doesn't drop any keystrokes. In short, the Anker provides a decent typing experience, and that's all you can expect from a $20 Bluetooth keyboard. The Logitech Keys-To-Go comes in Mac (top) and Windows (bottom) versions, too.

The best portable keyboard to throw in a bag and take with you is the $50 to $70 Logitech Keys-To-Go (Mac/Windows). It's thinner and lighter than all the other keyboards we tested without sacrificing full-sized, well-spaced keys, and has the added bonus of being spill-resistant. The Keys-To-Go has slightly mushy, quiet typing feedback and a strange, fabricky texture that may be offputting to some, but those are worthwhile sacrifices for a Bluetooth keyboard that's about as thick as a binder cover.

The Logitech Easy-Switch (Mac/Windows) is the best Bluetooth keyboard for most because its well-spaced keys are backlit and comfortable to type on. Our pick has a rechargeable battery, it can switch between multiple devices with the press of a button, and Logitech offers versions tailored to Windows and Mac.

This guide may have been updated. To see the current recommendation please go to The Wirecutter.com.

In this article: anker, bluetooth, BluetoothKeyboard, K810, K811, keyboard, keyboards, logitech, partner, syndicated, thewirecutter, wirecutter
All products recommended by Engadget are selected by our editorial team, independent of our parent company. Some of our stories include affiliate links. If you buy something through one of these links, we may earn an affiliate commission.