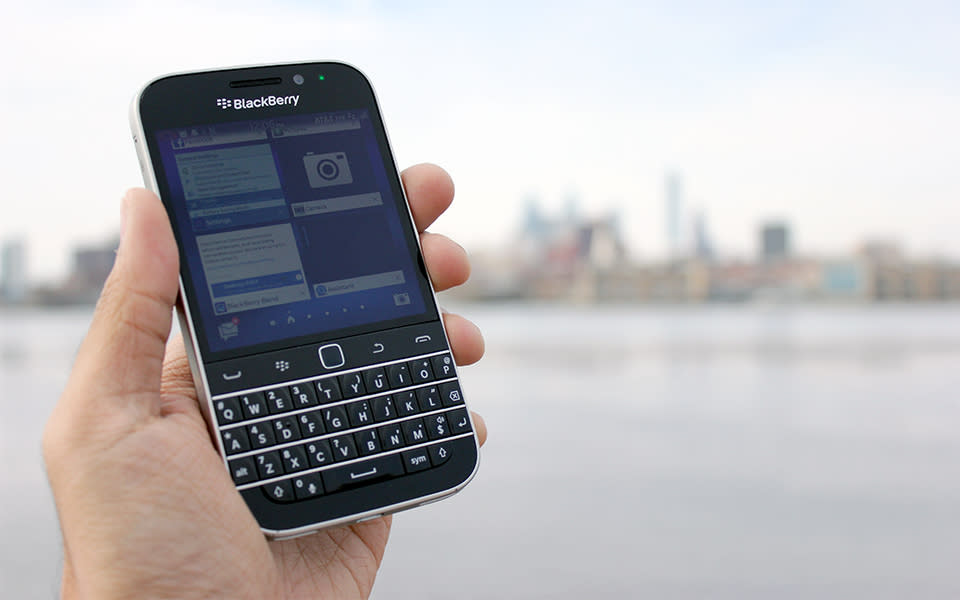 If you had any lingering doubts that BlackBerry's days as a hardware-first company are over, they've just been eliminated. BlackBerry has acquired Good Technology for $425 million, giving it one of the better-known names involved in making smartphones work-friendly. The crew in Waterloo isn't shy about the reasons behind its move, either. Good is well-known for helping corporations and governments keep tabs on non-BlackBerry platforms, especially iOS. While BlackBerry already has some tools for this, the deal both improves its weak points and gives it a foot in the door at places where Good may be the only way to secure Android or iOS gear -- the firm has certifications that even BlackBerry lacks.

The buyout is unusually large for BlackBerry (its acquisition of QNX was worth 'just' $200 million), and shows that the company's future rests more in supporting devices than making them. Not that John Chen and friends are completely ignoring their own handsets, mind you. The Good acquisition conveniently primes the pump for BlackBerry's inaugural Android smartphone. Provided the big-screened slider launches, BlackBerry will be in the uncommon position of selling both a business-friendly Android phone and the services needed to make it soar.

In this article: acquisition, android, blackberry, byod, good, goodtechnology, ios, mobilepostcross, smartphone
All products recommended by Engadget are selected by our editorial team, independent of our parent company. Some of our stories include affiliate links. If you buy something through one of these links, we may earn an affiliate commission.