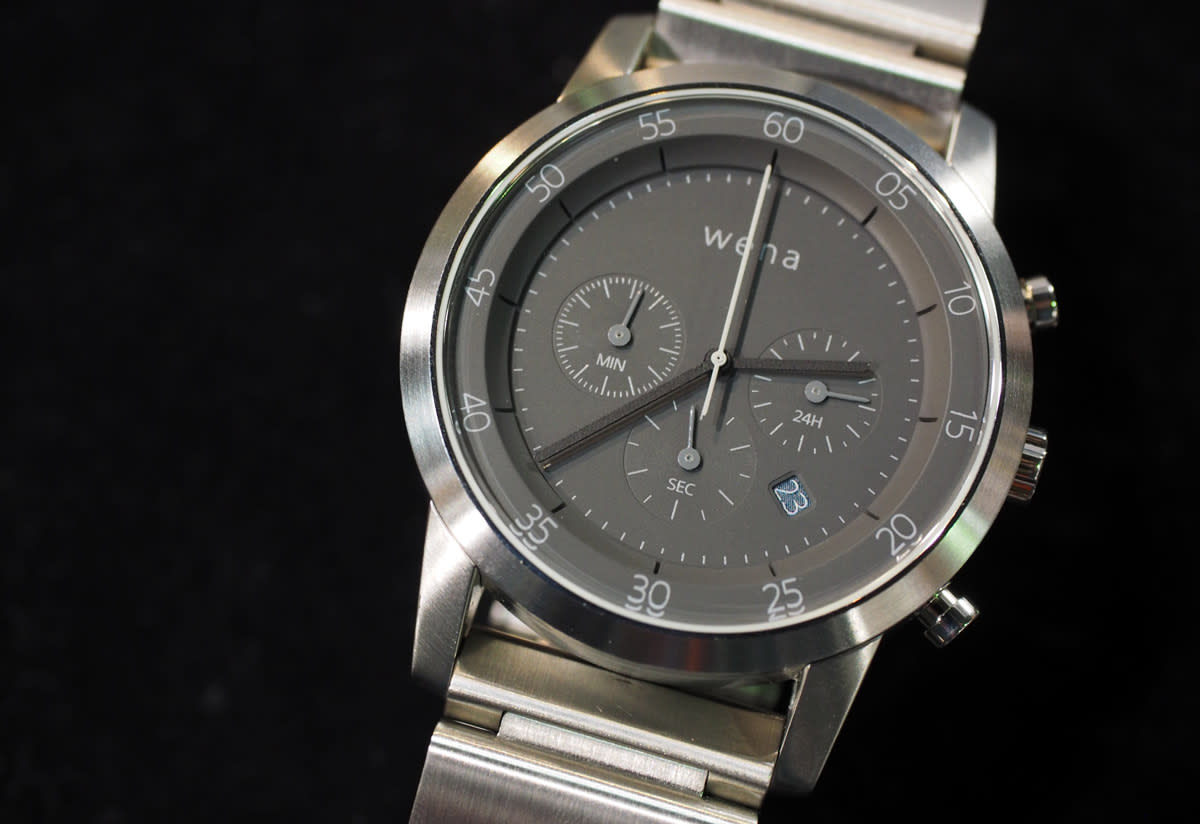 A short walk from the sounds and screens of Sony's heaving IFA booth, a handful of the company's employees have a small stand of their very own. On it, they're showcasing the Wena Wrist, a smartwatch side-project the small team has successfully crowdfunded through Sony's First Flight platform for employee pitches. Smartwatch may not be the best definition of the lo-fi wearable, though, since the face itself is as dumb as they come. Designed by the Wena team and manufactured by Citizen, the simple and chronograph watch faces play second fiddle to the band. That's where all the tech lies, with the strap housing an NFC chip (supporting the Japanese FeliCa standard) for mobile payments and such, a pedometer for basic activity tracking and a clasp that vibrates and lights up when notifications hit your smartphone.

It's an unashamedly pared-down approach to the smartwatch: one that crams a few key functions into the form factor of a regular, metal dress watch. It's surprising that luxury horologists haven't gone down the same road, marrying their traditional designs with bands that add a few smart features.

For now, the project is still in its early stages. The watches are good-looking prototypes, but the iOS "app" is basically a collection of mock-up screenshots at this point. The Wena team hopes to launch the not-so-smart smartwatch in Japan sometime next year, before thinking about international availability (and Android compatibility) when that milestone's been crossed.

In this article: hands-on, ifa, ifa2015, smartwatch, sony, wearable, wena, wenawrist
All products recommended by Engadget are selected by our editorial team, independent of our parent company. Some of our stories include affiliate links. If you buy something through one of these links, we may earn an affiliate commission.