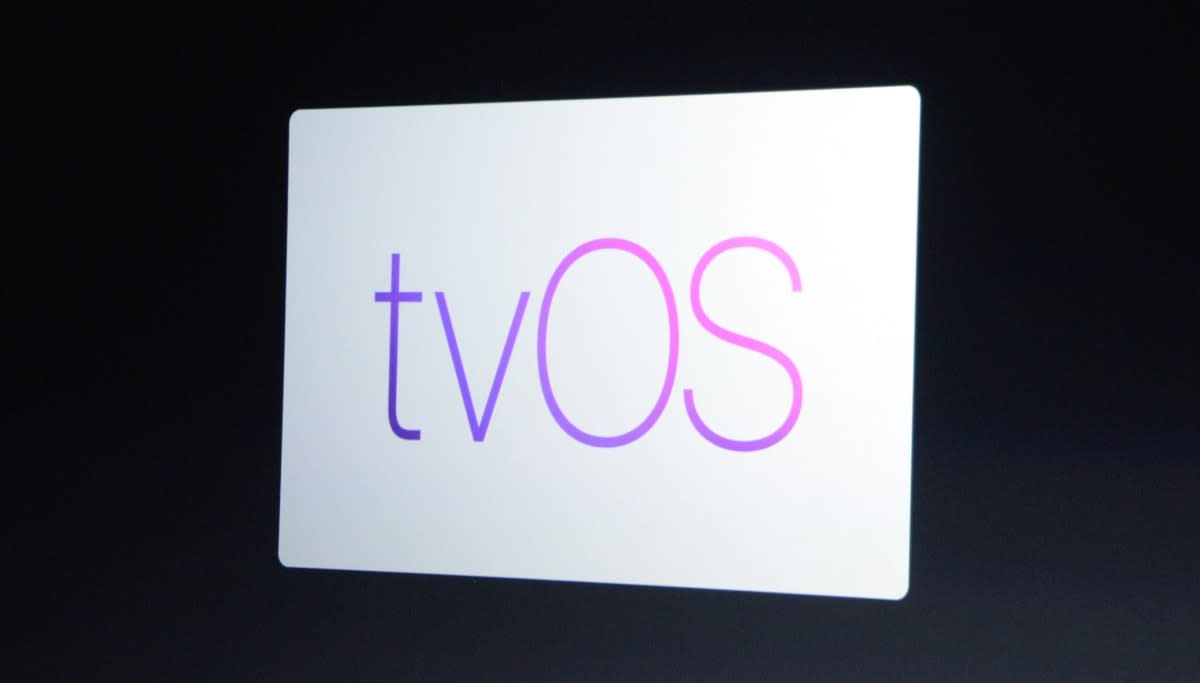 Apple's Eddy Cue just introduced the new Apple TV, and he's saying that the future of TV is apps. To run all these apps, Apple has developed a new operating system for the Apple TV called, appropriately, tvOS. It shouldn't be a wildly different development experience than what's already out there for the Mac and iOS -- there's shared technology and tools like Xcode and Metal, and a bunch of the first round of apps and games are near-identical to what's out there for iOS already. Developers can even build universal apps that let you buy one app that works across your iPad, iPhone, and Apple TV. The first round of apps includes expected video options like Netflix, HBO Now and Hulu, but there are also a bunch of iOS-style apps like Airbnb and Zillow and games like Crossy Road and a game from the Rayman series. But Apple isn't just bringing iOS ports to the Apple TV -- it's also going to have exclusive games for the TV that aren't available on your iPhone. There's a Guitar Hero game coming to the Apple TV, and Apple just showed off another music game called Beat Sports that's another exclusive. All in all, it looks like Apple's doing what everyone predicted they'd do years ago: using the massive number of iOS games and gamers out there and bringing it to the living room.

As for things that maybe aren't as suited to the couch, Apple is demoing some e-commerce apps for the Apple TV. The first up is Gilt, a discount shopping site. It looks like a nice browsing and buying experience, but it doesn't seem any better than just shopping on your laptop or iPad.

Apple also showed off a new MLB.com app; there's been an MLB app for the Apple TV for a while now, but this one looks a lot more fully featured than what's been available before. Opening the newly titled At Bat app (the same as what it's called for iOS) will show you the full slate of games for the day, and you can get highlights, scores, stats and so forth. Video will come at 60 fps, and there's a split-screen mode that lets you watch multiple games at the same time. What's going unsaid here is that you'll likely need an expensive MLB.TV subscription to take advantage of most of these features -- but it's still a much better MLB experience than what's been offered in the past. The old Apple TV, Android TV and Roku apps seem much more simplistic by comparison.

If you're a developer, the tvOS developer beta is available today, and it sounds like Apple will be offering hardware to developers so they can start building and testing apps before the new Apple TV's late October release date.

In this article: apple, appletv, hdpostcross, iphone2015, tvos
All products recommended by Engadget are selected by our editorial team, independent of our parent company. Some of our stories include affiliate links. If you buy something through one of these links, we may earn an affiliate commission.