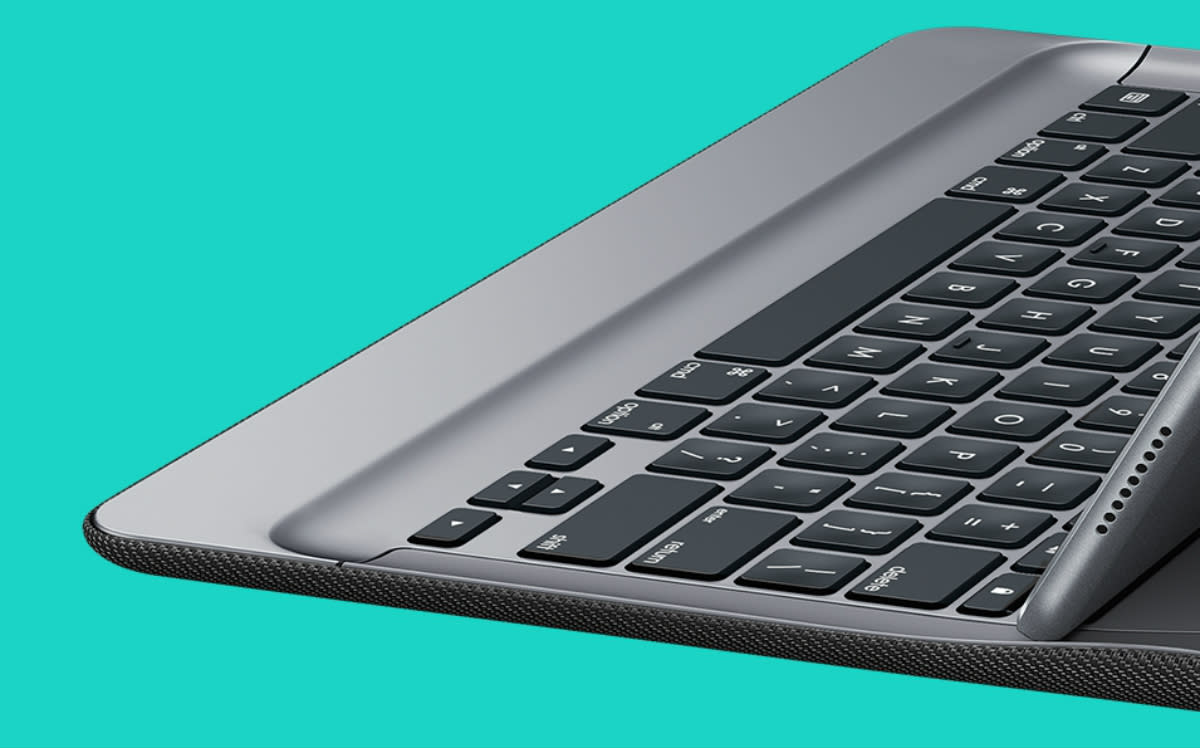 If there's one company that has experience building iPad keyboards, it's Logitech. The accessory maker has made countless typing tools for Apple's tablets, so unsurprisingly, it's also working on one for the iPad Pro. It's called the Create Keyboard Case and, like Apple's own Smart Keyboard, connects through the new three-pronged Smart Connector. That means there's no need to pair or charge the attachment, because it draws all of its power and data directly from the tablet. Logitech says it was developed closely with Apple -- the first teaser image (above) hints at a full QWERTY layout and an exterior covered in a "tightly-woven premium fabric." Why choose the Create over the Smart Keyboard? For one, the Create has plastic keys -- rather than the fabric covered set found on Apple's offering -- and if you've seen the Smart Keyboard folded up, well, it doesn't look all that attractive. Logitech says it'll be available in the US and select parts of Europe and Asia when the iPad Pro goes on sale in November -- there's no word on pricing just yet, however.

In this article: apple, create, ipad, ipadpro, keyboard, logitech, smartkeyboard
All products recommended by Engadget are selected by our editorial team, independent of our parent company. Some of our stories include affiliate links. If you buy something through one of these links, we may earn an affiliate commission.