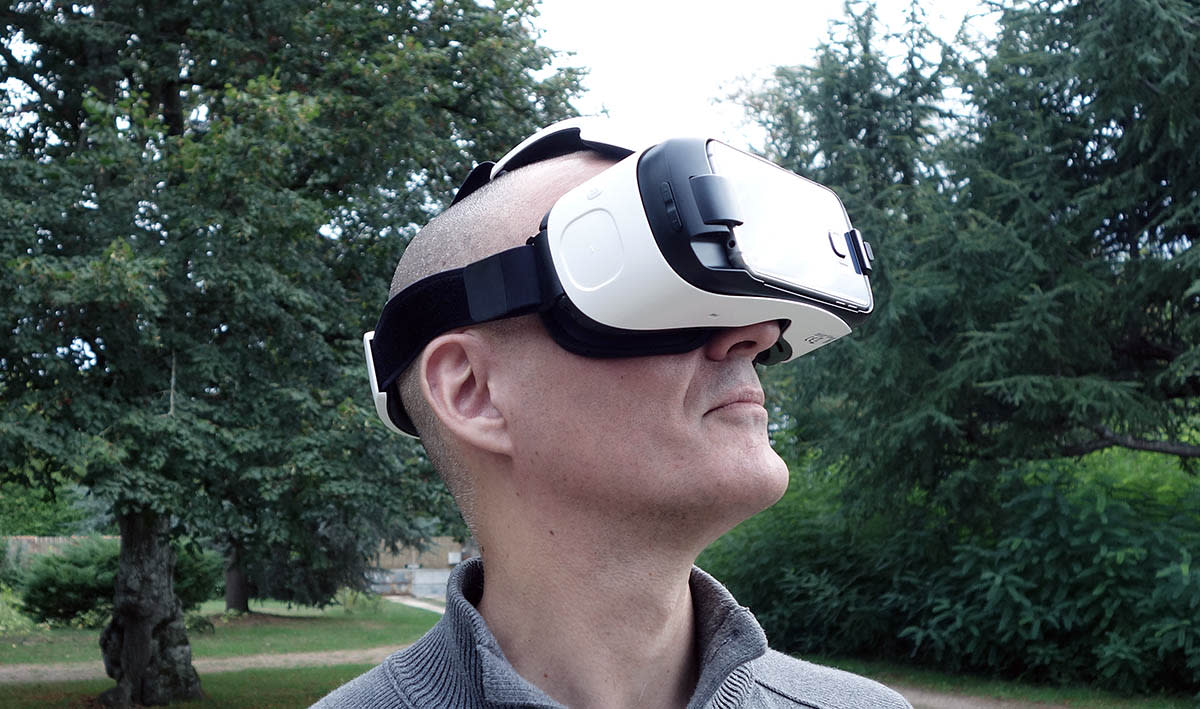 You've just checked into your hotel after an all-day marathon of running across airports to avoid missing connections; eaten a ton of crappy, overpriced airport food because you missed a connection; are dead tired and just want to go to sleep. But maybe after your travel nap you want to see something new without putting pants on and leaving your room. Well, if you've checked into certain Marriott Hotel locations you can summon a Samsung Gear VR for 24 hours of your stay and do just that with a new pilot program. It's called VRoom Service (get it?) and is a joint deal between the Korean tech juggernaut and the hotelier. The draw here is what the pair are calling "VR Postcards" which is a fancy way of describing video experiences wherein people talk about their feelings regarding travel, according to Fortune.

The sights on display include the Andes, Beijing and Rwandan ice cream shop in addition to what's available on Samsung's awkwardly named Milk VR suite. Speaking of the latter, if you don't plan to spend a night at either Marriott's Marquis in New York or Park Lane in London, the outfit says that anyone can pull up the VR postcards via the platform. So much for exclusivity. And if I'm being honest, it's kind of surprising that Virgin didn't snag something like this for its hi-tech hotel first. But, then again, Marriott also offers in-room Netflix so the chain has some precedent for this sort of tech-forward thing.

In this article: galaxynote5, galaxys6, gearvr, marriott, mobile, mobilepostcross, samsung, virtualreality, vr, vroomservice, vrpostcards
All products recommended by Engadget are selected by our editorial team, independent of our parent company. Some of our stories include affiliate links. If you buy something through one of these links, we may earn an affiliate commission.