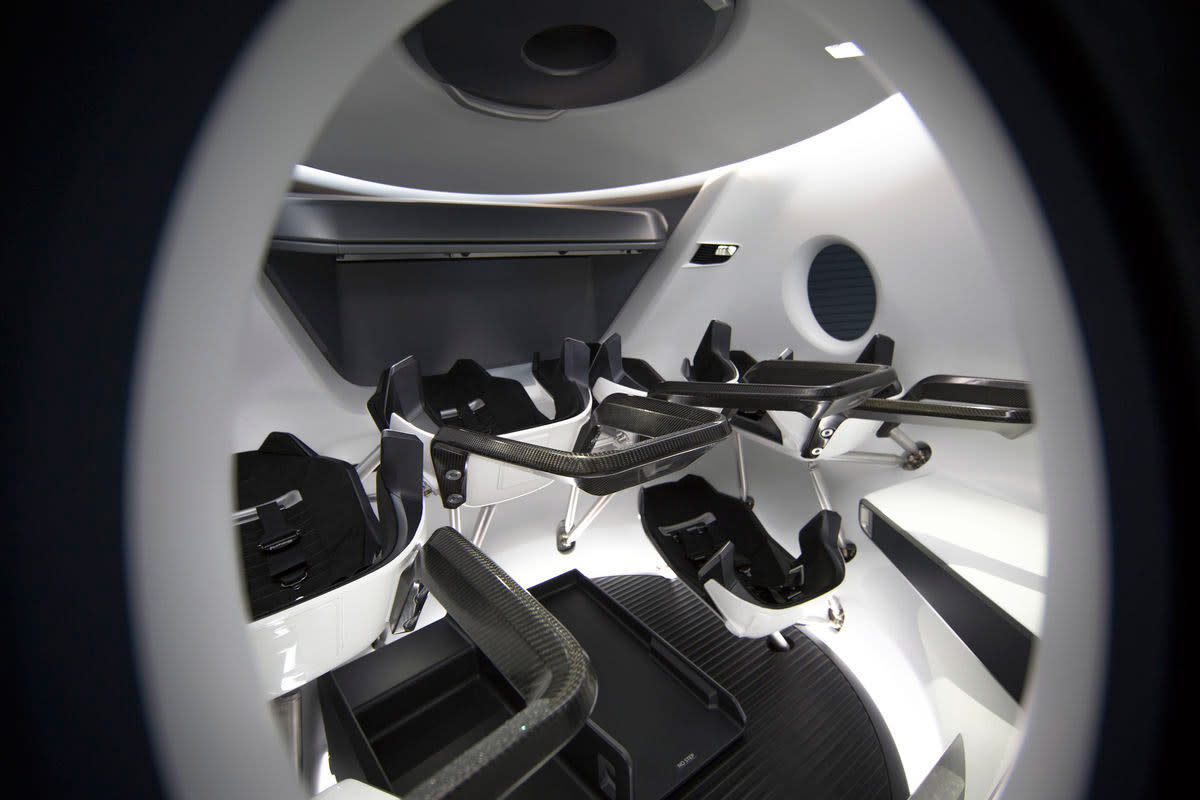 SpaceX has given us a peek into the Crew Dragon capsule it's currently building to take astronauts to the ISS. And as you can see from the images and video below the fold, it looks downright luxurious inside despite its no-frills guitar pick-shaped exterior. Since the spacecraft was designed with astronauts' comfort and enjoyment in mind, its seats are made of "the highest-grade carbon fiber and Alcantara cloth." It sadly doesn't have a bathroom, but it does have four relatively large windows, so passengers can watch the Earth shrink away as they zoom further into space. The Crew Dragon's many screens will show real-time info about the spacecraft's condition during the trip, including how far it is from the destination. Astronauts will have the power to adjust temperatures onboard to between 65 and 80 degrees Fahrenheit, and they'll have the option to control the autonomous spacecraft manually in case anything goes wrong. If they really have to abandon the capsule, though, they can then use its emergency escape system, which underwent testing earlier this year. SpaceX is already putting the finishing touches on the vehicle, and -- assuming NASA's budget for the Commercial Crew Program isn't further reduced -- it will be ready to shuttle humans to the ISS by 2017.

In this article: dragon, science, space, spacex
All products recommended by Engadget are selected by our editorial team, independent of our parent company. Some of our stories include affiliate links. If you buy something through one of these links, we may earn an affiliate commission.