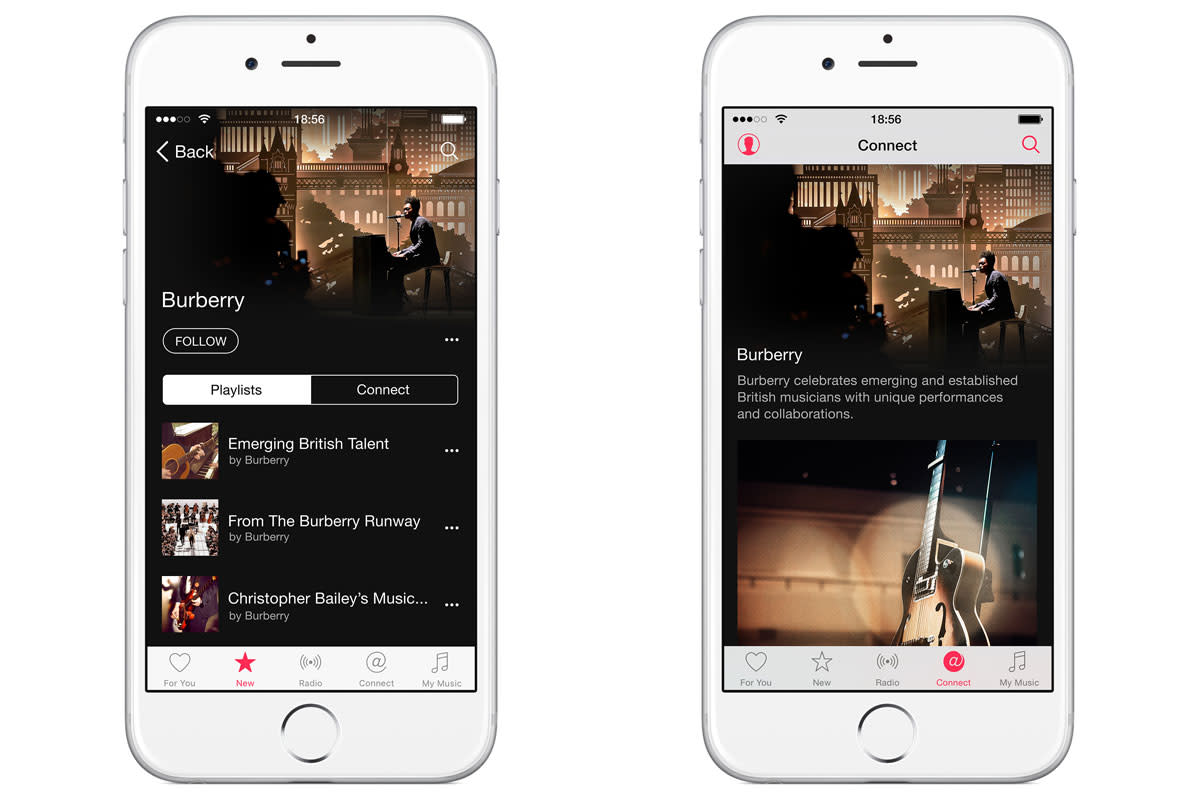 Apple Music's playlist "Curators" have so far been directly relevant (if often niche) brands like DJ Mag or Shazam. That certainly makes sense, but Apple apparently feels that it's time to shake things up: Burberry is becoming the first major worldwide brand to launch an Apple Music channel. Swing by its section of the service and you'll find both its collaborations with British artists (such as James Bay and George Ezra) as well as playlists that reflect the fashion label's tastes.

The move isn't surprising when numerous big, non-music brands have presences on rival services like Spotify. It also isn't shocking that Burberry is first in line for an Apple Music partnership. Apple hired Burberry CEO Angela Ahrendts as its senior retail VP back in 2013, and the two firms were already collaborating before that career change became official. Still, this is a significant deal whether or not you're fond of Burberry plaid. This could easily lead to other companies using Apple Music channels to promote themselves, and Apple certainly won't mind any extra subscribers it picks up along the way.

In this article: apple, applemusic, burberry, fashion, internet, music, streaming
All products recommended by Engadget are selected by our editorial team, independent of our parent company. Some of our stories include affiliate links. If you buy something through one of these links, we may earn an affiliate commission.