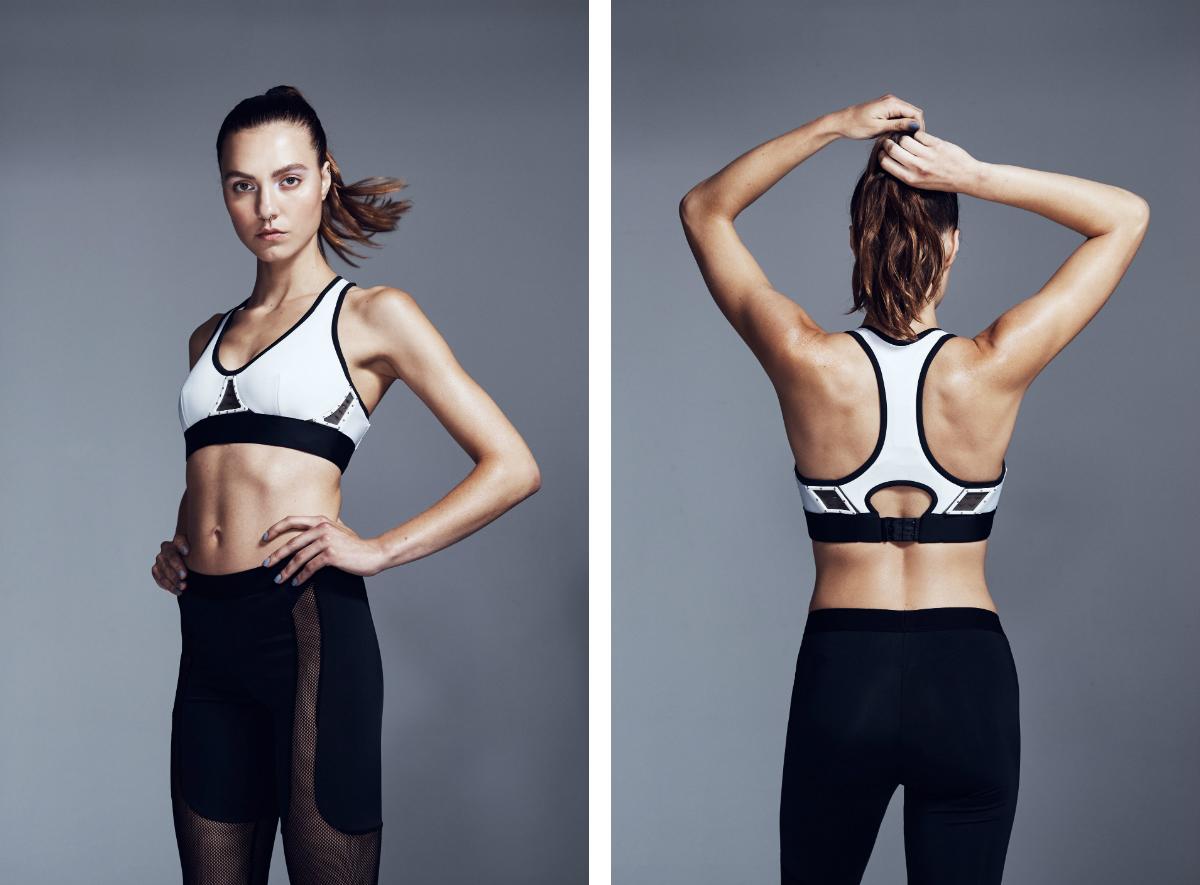 Experimental clothing studio Chromat unveiled its Spring/Summer 2016 collection over the weekend, and it includes a 3D-printed dress that expands as your adrenaline rises, plus a cool new sports bra. That's literally cool. Both garments are powered by Intel Curie, a tiny, low-power base for responsive consumer and industrial wearables.

The Chromat Aeros Sports Bra "leverages shape memory alloy to open vents to cool down the body when it senses heat and sweat," the studio says. With Intel Curie, the sports bra responds to perspiration, breathing patterns and body temperature, ostensibly allowing the wearer to train harder for longer periods of time.

The Chromat Adrenaline Dress is perhaps less function and more fight-or-flight fashion: Similarly using Intel Curie, the dress features 3D-printed panels and an interlinked, carbon-fiber framework that expands as the wearer's adrenaline rises. "When the garment senses adrenaline, the dress' framework mimics the fight-or-flight mode and extends the wearer's sensory system to form an imposing shape." Slinky club dresses aren't the most vicious-looking items in anyone's closet, after all.

Intel revealed Curie at CES in January, noting the fingertip-size device has Bluetooth Low Energy radio, a six-axis sensor with accelerometer and gyroscope, and 384kB flash memory. In August, Intel showed off some uses for Curie with an on-stage BMX exhibtion.

In this article: chromat, clothing, curie, dress, fashion, intel, intelcurie, SportsBra
All products recommended by Engadget are selected by our editorial team, independent of our parent company. Some of our stories include affiliate links. If you buy something through one of these links, we may earn an affiliate commission.