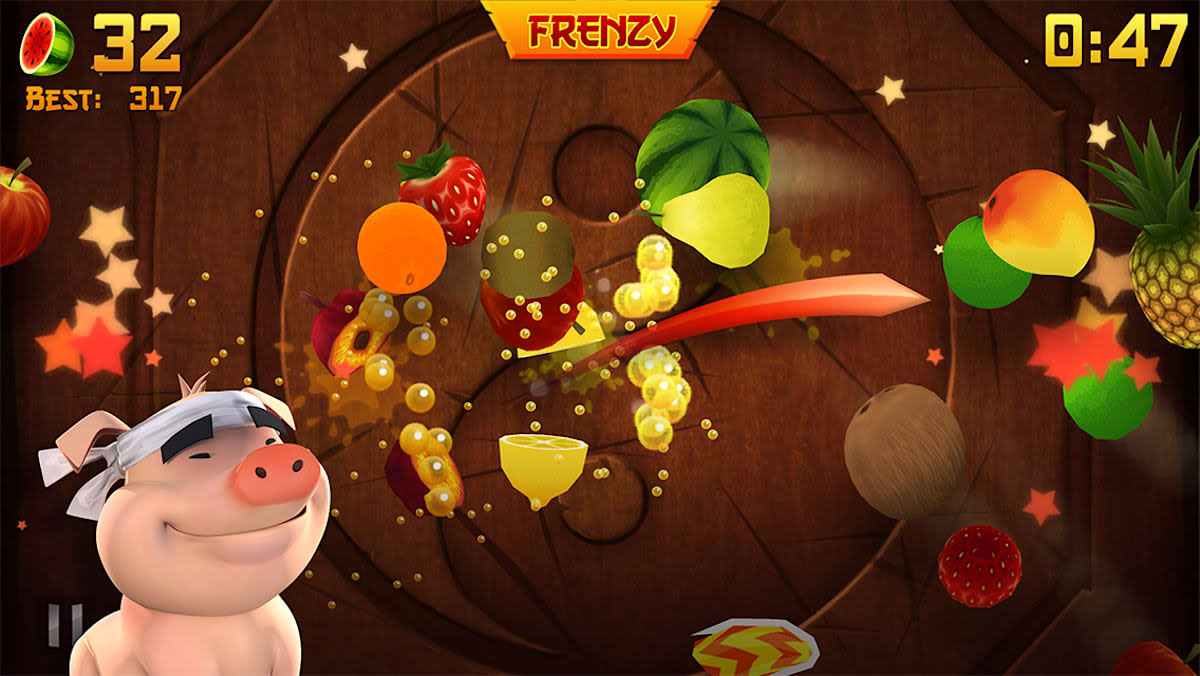 Fruit Ninja studio Halfbrick recently fired its final two designers, as reported by Kotaku Australia on Monday. This marks a structural shift for the company: Halfbrick doesn't plan on hiring new designers and instead wants its artists, programmers and other employees to work on game design together, Chief Marketing Officer Nicholas Cornelius tells Engadget. "The roles were made redundant and not laid off," he says. "This is because of a change in the way teams will work at Halfbrick."

Cornelius continues, "As per our CEO, our teams are being empowered to contribute to design rather than design being in its own silo. To add to this, we have a design coach to guide the teams on achieving this goal. Halfbrick's focus remains on creating new mobile games while expanding on its core brands (Fruit Ninja and Jetpack Joyride)."

Fruit Ninja was a massive success when it launched in 2010 and Jetpack Joyride kept Halfbrick's mobile mojo rolling when it hit iOS in 2011. The studio has released successful games since, though none have garnered the same fever pitch of popularity as Fruit Ninja or Jetpack Joyride.

One game, 2013's Fish Out of Water, demonstrated Halfbrick's experiments in monetization and gameplay mechanics in real-time. It started out as a $1 app, but within the final six months of 2014 alone, its price fluctuated between free and $2 (the free version featuring a fresh injection of ads and other interruptions, of course).

"Halfbrick remains a design-focused company and this change will empower everyone in our teams to contribute to design rather than concentrate design control in the hands of a few. Great ideas can come from anywhere and we want to create an environment that fosters this notion."

In this article: FruitNinja, halfbrick, HalfbrickStudios, hdpostcross, JetpackJoyride
All products recommended by Engadget are selected by our editorial team, independent of our parent company. Some of our stories include affiliate links. If you buy something through one of these links, we may earn an affiliate commission.